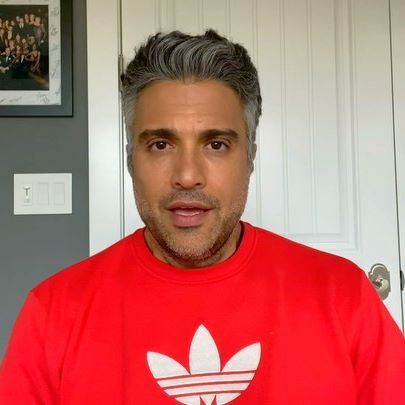 Pauley Perrette makes her return to television since leaving NCIS as the beloved Abby Sciuto, starring in the new CBS comedy series Broke as a single, suburban mom, Jackie. Fans should be happy to know that Apple News reports that CBS’s Broke premiered with record numbers on Thursday.

On CBS’s website, they describe Broke as a comedy about a “single suburban mother (Perrette), struggling to make ends meet, who finds her estranged sister and her outrageously wealthy husband (Jamie Camil) in need of a place to live after the couple’s money dries up.”

Breaking Down the Numbers

Fans may recognize the “outrageously wealthy husband,” Jamie Camil, as CW’s Jane the Virgin‘s over the top dramatic Rogelio De La Vega. Camil is also an executive producer for the show.

In an interview given to Watch, Camil relates his Broke character Javier to Rogelio saying, “Javier is a very endearing character. If people enjoyed Rogelio de la Vega, my character on Jane the Virgin, then I think they will identify with Javier and my very distinctive way of approaching comedy.”

Camil is also the first Latino to star in a CBS series in 70 years. He is the first since I Love Lucy‘s Desi Arnez according to IndieWire. Camil says this of the fact, “I should not be the second one. There should have been more, but at least here we are.”

“It’s such a weird time for everybody. I was already so excited about people seeing our show because it’s my favorite show I’ve ever done, so funny, sweet and awesome. But now I’m really excited in a whole other way. I feel people need this right now. It really makes people happy. When we’re in times like these, when your job specifically to bring people joy, that’s a great job.”

Me with two of my favorite episode cupcakes at #NCIS300 celebration!

Before spending 15 seasons on NCIS, fans may recognize Perrette from her guest appearances on Fraiser and The Drew Carey Show.

Why such the contrast in characters? Perrette says, “I came from comedy. They took me from comedy to be like the comic relief on that military show about murder.”

What’s Perrette have to say about her Broke character, Jackie?

“Jackie is totally different from Abby, except for one ting: She’s a really good influence. She’s smart. She’s capable. It’s the same with Abby, but in a different way. Jackie’s got more tools than any dude she knows. She scan fix anything. With Abby, I wanted young girls to grow up thinking they are super capable of doing science. And that definitely made an impact internationally. I’m a tool person myself, and I also want every girl out there to know she can pick up an electric screwdriver and (fix) something.”

Talk about comedic relief. Perrette also says this, “they talk about stars’ (contract) riders and what stars want, their demands. Mine was comfortable shoes. I spent almost two decades in platform shoes.”