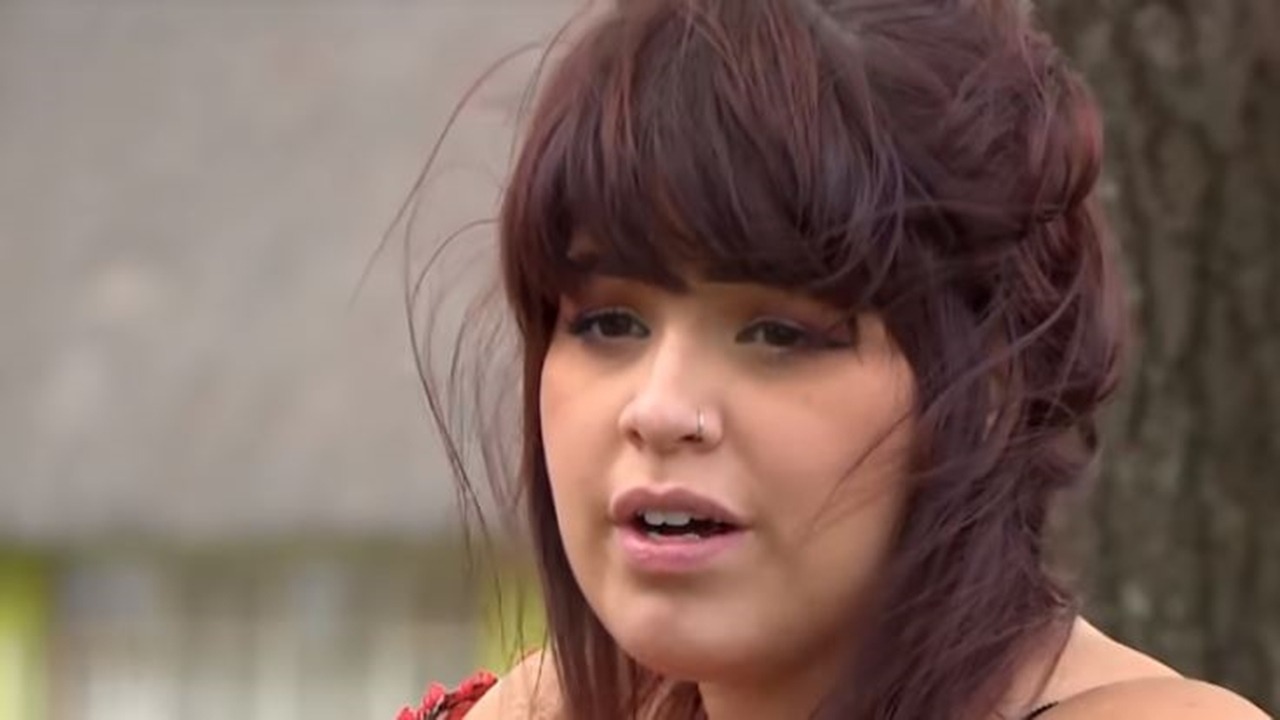 90 Day Fiance fans mostly think Tiffany Franco Smith lost her mind when he hooked up with Ronald, a South African with a gambling addiction. But, they love their little girl and her son Daniel. Recently, she and Ronald got slammed for taking their “divorce” dispute to social media. But, they made up again. Now, she takes a lot of flack from fans for sharing that she set up a GoFundMe. It’s for her deceased uncle.

90 Day Fiance: The Other Way, Tiffany Franco Smith draws the ire of fans

These days, Tiffany seems in the habit of drawing the ire of fans. It started when she and Ronald raged at each other about “cheating” and the fact she never registered herself as married in the USA. After saying she wanted to keep this stuff off social media fans then saw tons of accusations and counter-accusations. Many fans suspected they just hyped it up for five more minutes of fame. Then, TV Shows Ace reported she told them they made up. Not all the way, but they work hard and attempt to save their marriage.

Fans lashed back, suggesting she shouldn’t ever take that kind of dispute onto social media. For many disappointed fans, she and Ronald lost some of their sheen over the whole mess. The news they might feature on upcoming 90 Day Fiance spin-offs like Self Quarantined, got greeted with less than top-notch enthusiasm. Now, she garnered loads of haters after sharing about her GoFundMe for her uncle who died.

Tiffany gets lots of hate for new GoFundMe

Tiffany took to her Instagram Stories this weekend to announce that her uncle passed away. Blogger John Yates shared the information on his Instagram account. Kindly, he wrote, “Prayers for Tiffany’s family – if anyone would like to help check out the swipe/link on her page.” He referred to her new GoFundMe for her deceased uncle. But, she got lots of hate for it and the haters lashed out at her. Some of these people included her fellow co-stars from the TLC franchise.

90 Day Fiance alum, Leida stepped up with criticism very quickly. She wrote sarcastically, “Hi I’m a public figure. I have needs let’s do GoFundMe to fulfill my needs.” But then she, she added, “I’m sorry. I’m so sorry for the loss but using the status as “people on the show” to beg people for money it’s infuriating.” Then she asked, “Don’t they have a life insurance? Can’t they figure it out by themselves without asking strangers for money?” Sounding furious, she then commented, “Jesus. What’s next? “Oh I don’t have money to buy a gas tomorrow please people fund me money to help me buy a gas…” Finally, she said the obvious, ” I’m sure I’ll be getting a lot of hate because of this. I don’t care. I’m an as*hoe 🤣.”

Many fans of the show followed up with their criticism of Tiffany. One noted, “Lord… her uncle dies and all she has to say is “GoFundMe??? Really?? That’s just low. Really low!!” And another 90 Day Fiance critic said, “Her “Favorite Uncle” but doesnt have one single picture of him on her Instagram and has never mentioned him until recently when she wanted money.” Then, a commenter noted that Ashley Martson and Jay Smith got unpopular for abusing GoFundMe.

What do you think about Tiffany posting up about her deceased uncle and starting a GoFundMe? Do you think it’s perfectly okay to ask for help for her extended family? Or, do you think it’s way out of line? Sound off your thoughts in the comments below.

Remember to check back with TV Shows Ace often for more news about the cast of TLC’s 90 Day Fiance: The Other Way.