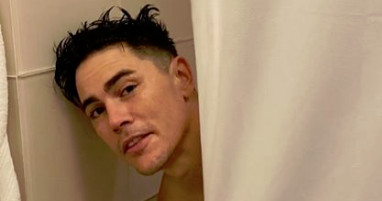 Vanderpump Rules star Tom Sandoval is questioning the loyalty of his co-stars after their behavior during Season 8. As fans know, Sandoval questioned Jax Taylor earlier in the season about his slow decision to fire the pastor officiating his wedding to Brittany Cartwright.

According to Jax, the couple had only recently found out about the pastor’s homophobic comments. Sandoval, however, called BS, as fans had been blowing up his social media about it for months.

And thus began the feud of Season 8. Jax tried to kick Sandoval out of his wedding party but ultimately backed down under pressure from Brittany. He now says he was “bullied” into changing course and letting Sandoval keep his best man duties.

Jax said recently that he hasn’t spoken to Sandoval since the wedding, TV Shows Ace reports. The two did exchange barbs on Twitter last month.

When people talk shit about u and don’t @ u, or the people they r talking about..( @jeremymadix1 ) it should tell u a lot about who they r, and what they r saying… @mrjaxtaylor stop posting fiction, get a hobby, & get off my nuts, u little whiny bitch-

During an appearance on VPR star Scheana Shay’s podcast, Sandoval and girlfriend Ariana Madix dragged Jax for not being “man enough” to say things to their faces instead of on social media.

Sandoval points out that Jax attacks him on Twitter, but acts like everything is cool between them in person, Reality Blurb wrote. He says,

The guy talks relentless sh*t about me on Twitter and then comes into f**king TomTom and high-fives me like we’re boys, like I don’t see it because he’s not @-ing me when he’s talking sh*t.”

As for Jax, he recently said that he is no longer talking about Sandoval until the reunion. However, fans will have to wait for the Season 8 reunion due to the coronavirus pandemic that is causing people to stay at home for the time being.

Sandoval Expected His Co-Stars to Have His Back, Instead, They Threw Him Under the Bus

During the episode where Sandoval brought up the pastor issue to Jax, many VPR stars were seen discussing the issue among themselves earlier in the day. In fact, they each individually asked the same question Sandoval later dared to ask Jax directly.

Why did Jax and Brittany wait until Lisa Vanderpump brought it up before firing the pastor?

However, when Sandoval asked Jax that very question, his VPR co-stars attacked him for being inappropriate. On the podcast, he said,

[They] were like, ‘No, what are you talking about? How dare you bring this up?’ And it’s like, ‘Dude, we’ve talked about this. We know this is f**ked up and now you’re stabbing me in the back and throwing me under the bus.’”

Ariana was the only one who had Sandoval’s back during the situation.

The TomTom co-owners have been on VPR from the beginning and he knows how the OGs work. According to Sandoval, if the cast doesn’t like someone, they try to get them off the show or exclude them.

His point was proven during last week’s episode when Katie Maloney purposely didn’t invite co-star Kristen Doute to her wine party. Sandoval says that even after his relationship with Kristen ended, he didn’t try to get her kicked off the show or leave her out.

Tell us in the comments if you think Sandoval is right about his co-stars wanting him off the show.

Vanderpump Rules Season 8 continues Tuesdays on Bravo. Check out the preview for the next episode below.

‘Say Yes To The Dress’: Did Randy Fenoli Fat Shame Daniela?!
Dannielle Merrifield Does First Live, Gives Clues To Next Season?
This May Be Proof TLC Is Completely Done With The Duggar Family
At Six Months Pregnant, Audrey Roloff Masters New Skill With Jeremy’s Help
Savannah Chrisley Under Fire For Catching A Shark: Did She Release It?