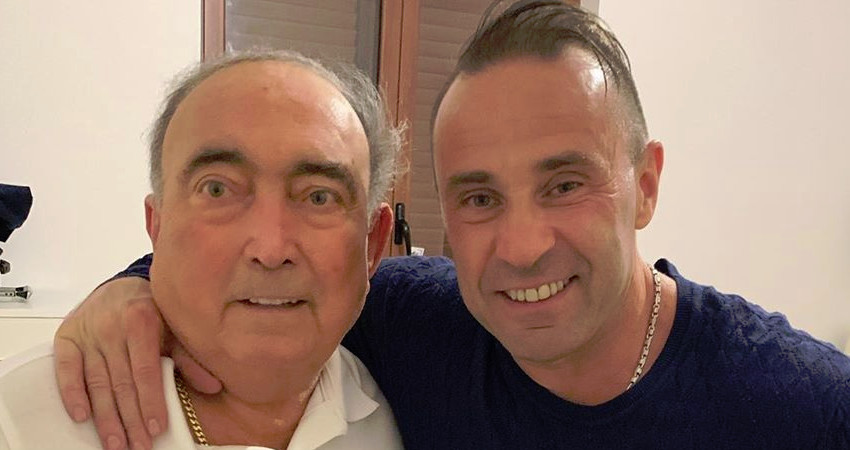 The Gorga and Giudice families are in mourning. On Friday, April 3, The Real Housewives of New Jersey star Teresa Giudice’s dad, Giacinto Gorga, passed away, People reports. His health had been on a decline in the last few years, TV Shows Ace reported. Last November, Teresa had to leave Bravo’s fan convention early to rush her father to the hospital.

Teresa’s RHONJ co-star and sister-in-law Melissa Gorga is also devastated by the loss. She asked fans to pray for her father-in-law last week. After the news of his death went public, she posted a beautiful tribute to the “only Dad I’ve known for the past 16 years.”

Her own dad passed away when she was a teenager. In the heartfelt tribute, the On Display singer thanks her father-in-law for raising her husband, Joe Gorga, right. She wrote, “Thank you for teaching my husband how to treat his wife the way you treated yours.”

Heaven just got another angel🙏🏼 You’ve been the only Dad I’ve known for the past 16 years. You were such an incredible man and such a loving Nonno.. they don’t make them like you anymore. Thank you for teaching my husband how to treat his wife the way you treated yours. Thank you for teaching me how to cook everything I make. Thank you for all the energy you’ve always brought everywhere you went. Run to your wife. She’s waiting for you❤️ RIP we will miss you forever.💔

The love between Teresa’s parents was something her family mentions in all of their tributes. Teresa’s mother, Antonia Gorga, passed away in 2017 with pneumonia.

Melissa also thanks ‘Nonno’ (Giacinto’s nickname, it means ‘grandfather’ in Italian,) for teaching her how to cook. She later posted a video on Instagram of him jokingly about to take his belt off because she wasn’t making the pasta the ‘right’ way.

I’m going to miss this crazy guy❤️ even when he was going to take his belt off because I wasn’t doing the pasta right! 😩 #RIP 🇮🇹

RHONJ Star Thanks Father-in-Law for ‘Setting an Example’

As fans know, Joe Giudice is thousands of miles away from Teresa and this family. The former RHONJ star moved to Italy to wait out his deportation appeal.

Despite the distance, he remained close with Teresa’s dad. Giancito visited Italy late last year. His son-in-law posted a video on Instagram of a visit they took to his FIL’s hometown of Sala Consilina.

The RHONJ star posted several tributes to his father-in-law. In one photo of Teresa and their daughters flank Giancito. The caption simply says, first in Italian, then in English, “Live Well, Love Much, Laugh Often.”

On Saturday, Joe Giudice took to his Instagram to share a raw, emotional look at his grieving process. Accompanied by his uncle, the RHONJ alum stands outside of a church. After speaking from the heart about his father-in-law, a visibly choked-up Joe Giudice sets a flower down on the church steps.

While speaking with great admiration for Giacinto, Joe Giudice reveals that he passed away after a battle with pneumonia.

We spent many good years together my heart ❤️ goes out to my wife,kids brother-in-law, and family we all loved him 🙏🙏🙏🙏🙏❤️

TV Shows Ace’s thoughts are with the Gorga and Giudice families during this difficult time.

The Real Housewives of New Jersey recently wrapped up Season 12. Production on the new season is currently on hold amid the coronavirus pandemic.