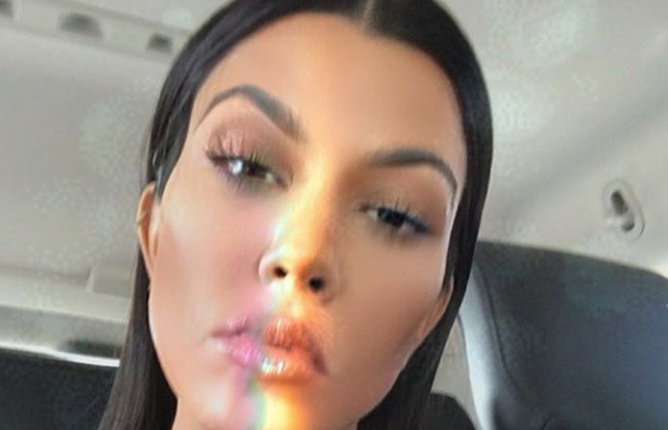 Kourtney Kardashian had a message for the fans that she decided to step back from filming KUWTK. Kourtney wrote to her fans on Thursday, “I won’t be live tweeting #KUWTK, tonight, because I am spending time with my kids while they are on spring break.”

The episode on KUWTK on Thursday was a continuation of Kourtney and Kim fighting. Kim Kardashian feels that Kourtney Kardashian lacks work ethic. Kourtney made sure that she clarified on Twitter because of people questioning her work ethic. Kourtney said, “I know there’s a lot of conversation regarding my work ethic, and I feel like I just need to make one thing clear: raising children is a job as well.”

Kourtney Kardashian told her fans, “raising children is the hardest and most rewarding job that I ever had. I’ve decided to put my focus on my kids and my lifestyle brand, POOSH, which is about finding YOUR healthy balance for living your best life.”

Kourtney and some of her friends had created POOSH the lifestyle website, and it has done very well. She is passionate about living a healthy lifestyle. Kourtney Kardashian wanted her fans to be able to get health and lifestyle information all in one place. Kourtney came up with the name POOSH, because that was the nickname they gave her daughter Penelope. Kardashian wants her kids to be a part of everything she’s involved with.

According to Yahoo, Kourtney wants her fans to know, “I don’t judge anyone who chooses a different route, and I hope that everyone can appreciate my choices as well.”

Kourtney said, “I decided to take a step back from filming and really pick and choose what I will allow cameras to show. Therefore, I will film when I find something that is interesting or fun to film.”

The past episodes of KUWTK, Kourtney, Kim, and Khloe have been at odds with each other over their film schedules. Kourtney Kardashian felt like Kim and Khloe were continuing to gang up on her which left her not wanting to be around them to film. Kourtney would never decide on whether she wanted to continue filming the show. Kim and Khloe just wanted her to make a decision because they want to move on with life. Kourtney Kardashian made her decision Thursday night that she chooses her own happiness over the success of the show.