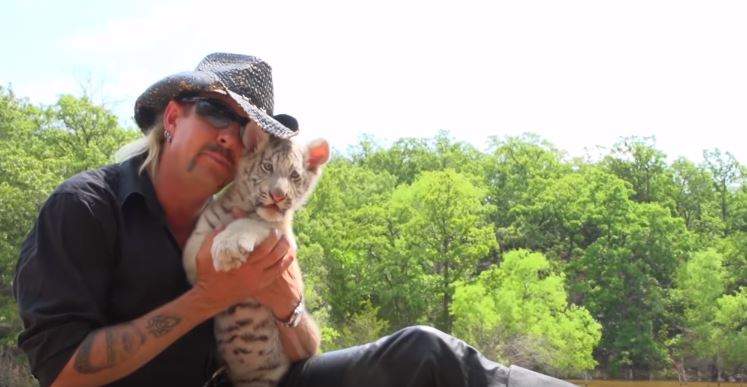 Reality is stranger than fiction, says Rick Kirkham, a former producer on the hit phenomenon Tiger King; Murder, Mayhem, and Madness. As the world hunkers down during the global pandemic, the Netflix original docuseries has quickly become a sensation. Conspiracy theories, articles, and memes have taken the internet by storm as fans react to the sensational documentary. But the show didn’t cover everything, according to Kirkham.

Rick Kirkham was recently interviewed on TMZ Live and shared some fantastic claims about what the show didn’t cover, as if the thrilling story the show tells wasn’t enough.

“Let me tell you… this documentary is so accurate it’s frightening,” said Kirkham to TMZ’s Harvey Levin during his interview this week. “I’ve actually had nightmares the last several nights since it’s been airing. If anything, the documentary doesn’t go far enough to show how crazy Joe was.”

Joe Exotic's ex-producer claims Joe is actually WAY MORE disturbing than the 'Tiger King' documentary makes him out to be. He recalls the horrifying time he shot a horse and fed it to the tigers at the LINK IN BIO

During his interview with TMZ, Kirkham had a sensational story to share. While they were filming the show, Kirkham claims that an elderly woman was towing a horse trailer drove onto the set where they were filming the docuseries. Sensing a story, Joseph “Joe Exotic” Maldonado-Passage told Kirkham to come over. “Rick, get your camera! Come film this,” Kirkham claims the docuseries star told him.

“The lady was crying,” Kirkham told TMZ. “She had a horse in the trailer that was so old, she couldn’t take care of it.”

“She said ‘Joe, can you take care of this horse for me?’ He said, ‘Oh, of course we will. I’ll give him a nice pasture to run in,’” Kirkham says.

“The lady cried and [Maldonado-Passage] hugged her and she drove off the park,” Kirkham continued.

Things took a turn for the worse once the woman left the set, however, and Maldonado-Passage immediately changed his tune.

“By the time she got to the exit of the zoo, Joe told me, ‘Watch me Rick.’ He walked right up to that horse trailer, pulled out his revolver and shot the horse in the head,” says Kirkham.

Kirkham says things got even worse, and alleges that Maldonado-Passage “cut it up and fed it to the tigers.” “That was Joe Exotic on a daily basis,” says Kirkham.

A fantastic tale that certainly falls in line with the docuseries’ sensational subject matter, but hard to prove. Kirkham did not offer any further details, like when this took place, the name of the woman who had owned the horse, or if there were any other witnesses to the incident. No charges have been filed against Maldonado-Passage for the alleged shooting.