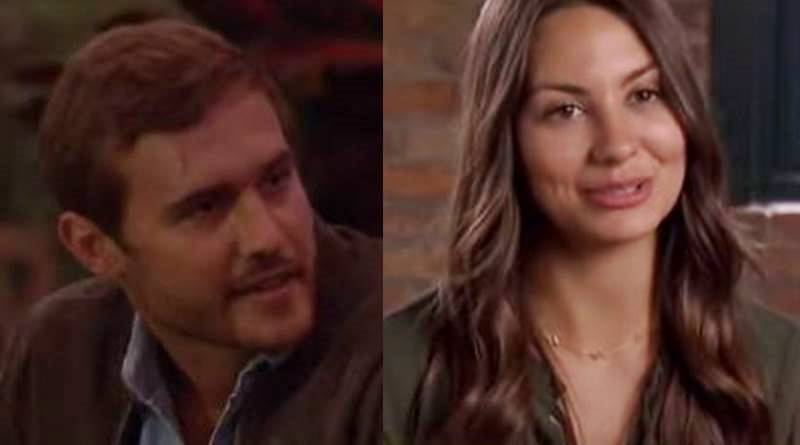 The Bachelor fans show a remarkable skill at online sleuthing these days when it comes to Peter Weber. Rumors arose that Kelley Flanagan and Peter Weber were dating. That emerged after a TikTok video was posted. Fans also saw Peter and Kelley out at the Riverwalk in Chicago. Now, more sleuthing reveals new “evidence” that they are together.

TV Shows Ace reported about the TikTok video showing Peter and Kelley. While Kelley and Peter are featured, it’s known that they also hang with other friends. US Weekly followed that up with information from a source who told them Peter and Kelly seemed happy and they even danced a bit. That seemed a bit surprising as Kelley previously said he needs some space to decide what he wants in life.

Well, more info came out that seems to add more “evidence” to the rumors that the couple spends time together. One of those clues supposedly features a picture that may even show The Bachelor lead inside Kelley’s home. Cosmopolitan reported that @bachelorteaspill shared that a post on TikTok by Peter that showed him by a chair and on a rug that Kelley previously shared on one of her Stories.

On Thursday, Peter posted a video of himself going through his TikTok comments and eating cookies. Fans noticed that he tagged Kelley. Some fans wonder who actually took the video of him. They think it could only be Kelley. The post got loads of likes and loves but Peter shut off the comments, unfortunately. But back over on @bachelorteaspill, some fans don’t really care where Peter’s staying. They are more focused on the fact that he seems to not abide by social distancing rules.

One The Bachelor fan wrote, “He has been in contact with 100s of people in at least three different cities (including Los Angeles, which is a hotbed!!!) and has proceeded to go out in public and socialize like this is all some fun vacation. It is BEYOND irresponsible for him to behave this way. We understand he has to fly planes, but he is supposed to limit his exposure to others rather than continue life as normal.” Other people also complained because one video showed people mucking about wearing face masks which are in short supply.

What do you think about the “evidence” people find that Peter Weber and Kelley Flanagan are dating? Sound off your thoughts in the comments below.

Remember to check back with TV Shows Ace often from more news about the cast of ABC’s The Bachelor.