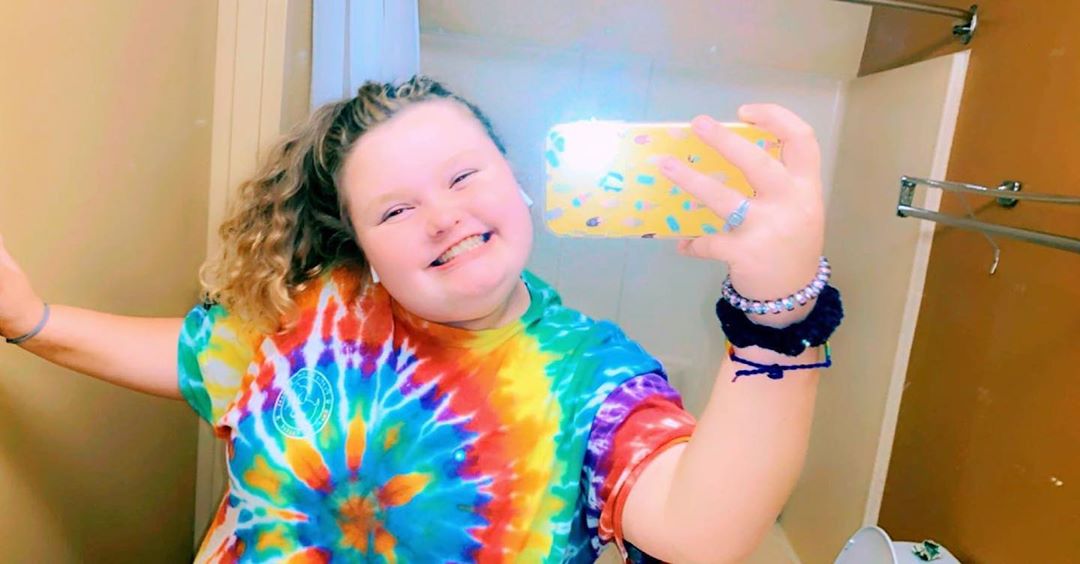 Lauryn “Pumpkin” Shannon currently balances the roles of being both Alana “Honey Boo Boo” Shannon’s mother and sister. Pumpkin recently sat down with ET to discuss the awkward dynamics of her family.

In an effort to continue to practice social distancing, Pumpkin sat down with ET’s Lauren Zima via Zoom to discuss her and Alana’s relationship with Mama June.

At the beginning of the interview, Pumpkin reminded ET that Mama June has four children. Three of them, however, are fully grown. They take care of themselves and they pay their own bills. This, however, is not true for Honey Boo Boo.

“Alana’s still 14 and she needs her mom,” she continued.

“… It’s been very difficult because… she is younger and she needs her mom. So it’s been very hard for both me and her to adjust to me being her ‘sister mom.’ And then of course her not being around her mom. She’s lived with her mom her entire life and now she had to uproot and move out of that home and move in with us.”

While she’s happy to step in for her sister, she’s also stressed out.

There is no denying Pumpkin loves her sister. While taking on the role of a “sister mother” hasn’t been easy, she’s doing the best she can. Pumpkin, however, would be lying if she didn’t admit the situation was “stressful.”

According to Pumpkin, her world and her family’s world flipped upside down. She and her husband went from raising a two-year-old to raising both a two-year-old and a teenager.

She explained the massive age gap between her daughter and her sister make things both difficult and stressful.

Pumpkin and her sister Honey Boo Boo have a strained relationship with Mama June.

Pumpkin believes her and Honey Boo Boo’s strained relationship with their mother is party Mama June’s boyfriend Geno Doak’s fault. Initially, Pumpkin admitted she was “blindsided” by how bad things were with her mother.

Pumpkin admitted that she had moved out and started her own life. She wasn’t super close to her mother after moving. So, it was difficult for her to process just how bad things were when she became involved for the sake of her sister.

“… She’s always told us, ‘I’ll never let a man come between us.’ And here we are,” Pumpkin added.

“In the beginning it was hard on all of us, especially [Alana] because that was her best friend. They were so close and they’d done the pageants and stuff together, that was their thing. Everybody knew them for that and they knew how close they were. So that was very hard for her.”

According to Pumpkin, her sister really struggled with Mama June falling off the face of the earth. She claimed Honey Boo Boo “shut down.”

Currently, Pumpkin has an “on and off” relationship with Mama June. She doesn’t speak to her mother on a daily basis. She, however, does answer the phone when her mother calls her.

Despite everything, Pumpkin admits she loves her mother.

Pumpkin is hopeful that she and Honey Boo Boo can mend their relationship with their mother over time. She, however, never expects things to return to normal.

“I do hope that she gets better. And I hope that eventually one day we can be where we once were,” she concluded.

At the end of the day, fans hope for the best for the strained family.

Catch up with the family by watching Season 4 of Mama June: Family Crisis on Fridays at 9 p.m. ET/PT on WE TV.