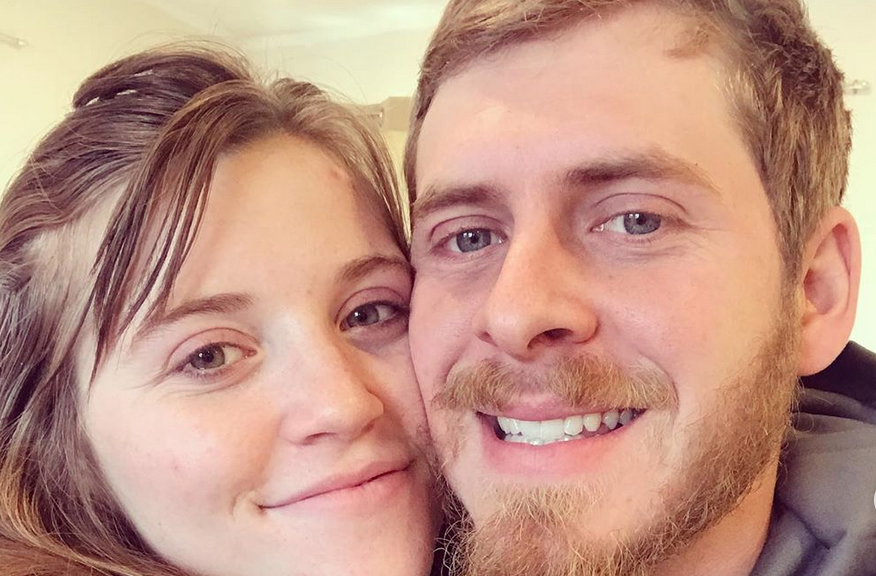 On Thursday, Joy-Anna Duggar Forsyth shared a new Instagram post. In the post, she revealed that she and her two-year-old son Gideon spent some time at the river. She also shared that they met some of Gideon’s cousins there. These are his cousins on Austin Forsyth’s side of the family. Normally, fans would applaud her for taking her son outdoors and letting him get dirty. They think it’s great that Joy is so hands-on and doesn’t care if Gideon plays in the mud.

Well, Joy immediately received backlash on the post. One follower says, “I don’t want to be negative but aren’t we supposed to stay at home? Thousands of people are died/dying. Schools are closed around the world. What happened to staying at home?”

“That is not social distancing. You’re not supposed to socialize with ANYONE other then those in your house. Different house,” another user writes. Fans left other similar comments until Joy eventually deleted her post.

The government in Arkansas, where Joy and Austin live, is advising people to stay home amid the coronavirus pandemic. These rules exist in many places around the world and in the United States. It’s one of the ways people are trying to prevent the spread of coronavirus.

Duggar fans are especially concerned because Joy is pregnant again. She lost a baby at 20 weeks gestation last summer, so her followers thought she might be extra cautious this time. But, based on her post, it seems like she’s not taking any extra caution.

As of Friday morning, the post has been removed from her Instagram account. Joy has yet to explain why she deleted the post. And, she also hasn’t tried to defend herself for her actions. At this point, it’s unclear if she’ll say anything. She and Austin previously said that they take criticism seriously. They look at those comments and think about whether they are doing something wrong.

It’s likely that Joy deleted it to put an end to the criticism she received. It’s unclear how Joy feels about the criticism. But, fans are hopeful that she realizes how serious the stay-at-home orders are.

On Monday evenings, the Duggar family has a family night at Jim Bob and Michelle’s home. They all gather together and hang out. As TV Shows Ace reports, the family isn’t stopping their Monday night gatherings. On her Instagram stories, Anna Duggar shared a video from family night. Within 10 minutes of posting it, she took it down. Some users are quick about saving these kinds of videos. You can see the video here, as it was saved by a fan account.

Jessa and Ben Seewald have revealed that they aren’t going to Jessa’s parents during this time. Jill and Derick Dillard also seem to be staying home. But, many of the Duggar family members didn’t seem to care about the rules and went to family night on Monday.

So, what do you think of Joy not practicing social-distancing? Do you think she should have gone to the river with family? Share your thoughts below.

How Does ’90 Day Fiance’ Star Mike Youngquist Bring In The Daily Bread?
’90 Day Fiance’ Star Jovi Dufren Has Been On Reality TV Before
‘The Bachelor’s’ Victoria Larson Gets Defensive Over Trump-Related Photo
Is Erika Jayne’s Husband Trying To Scam His Way Out Of Legal Troubles?
Katie Thurston Reveals If ‘Bachelor’ Matt James Is A Good Kisser