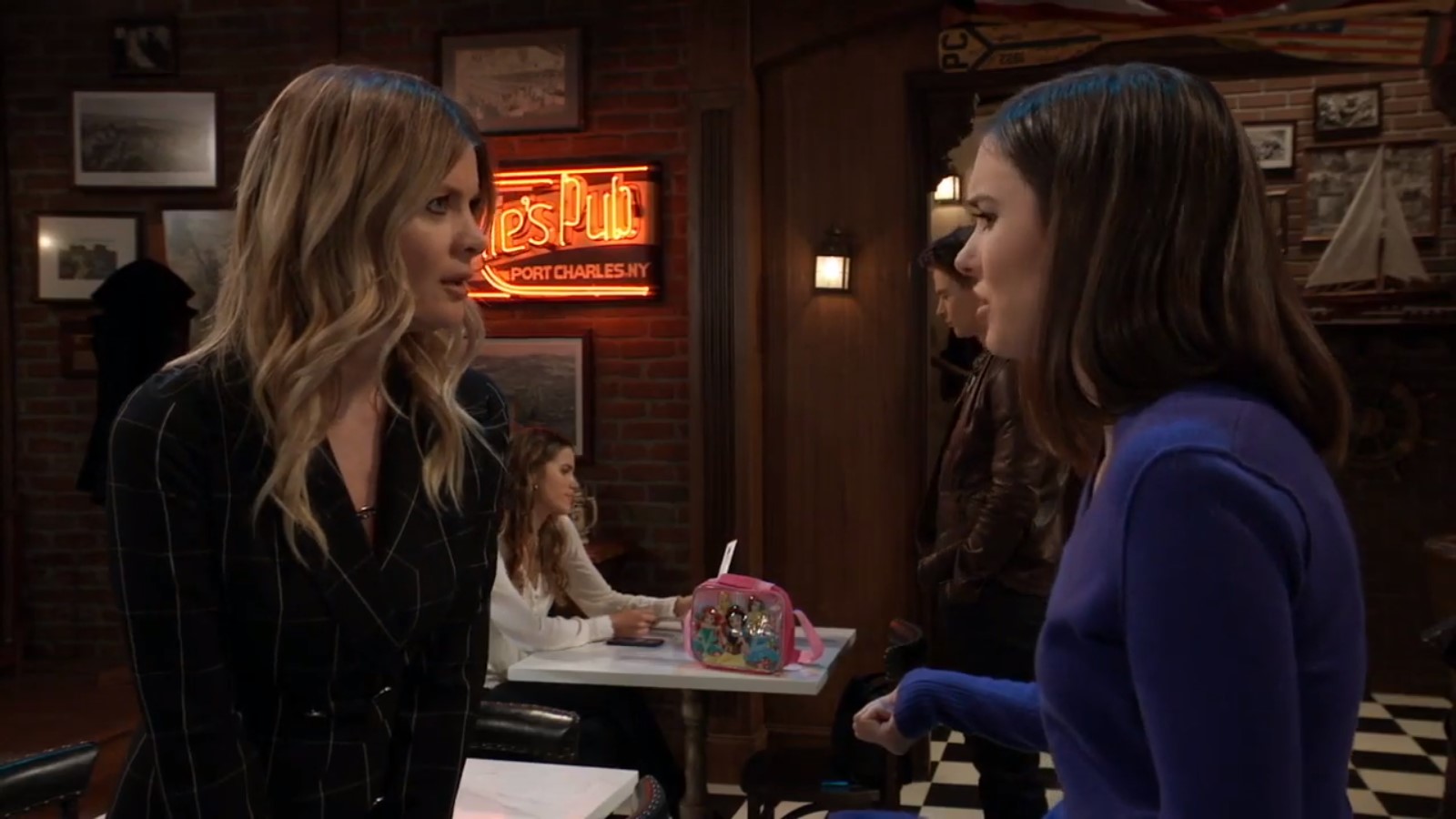 General Hospital likes to keep its fans guessing, but it looks like we are getting close to knowing the truth about Nina and Willow at last. General Hospital always keeps viewers glued to the screen by making sure there are plenty of mysteries to solve in Port Charles. One of these relates to Nina Reeves and the identity of her long-lost daughter. It is starting to look like her identity will soon be revealed. Could we finally hear that Willow is Nina’s child?

Nina and her long-lost child

When Nina was married to her first husband, Dr. Silas Clay, she became pregnant. However, when her marriage failed, her mother wanted to ensure Nina stayed away from Silas. She evilly poisoned her daughter to make her lose the baby.

Her mother’s evil actions didn’t go the way she wanted, however. Nina ends up in a coma for 20 years, while her mother takes her surviving baby girl and places her for adoption. On finally coming around, Nina receives half of a locket. Presumably, the other half is with her unknown and now lost daughter.

There have been a number of storylines relating to Nina and her daughter, none of which have led anywhere. However, the latest General Hospital spoilers appear to point to Nina finally discovering the identity of her baby girl. Could it indeed be Willow?

Many fans believe Willow to be Nina’s now grown-up daughter. Willow already knows Nina, as her step-daughter, Charlotte, is one of the children in her class. Meanwhile, Willow was brought up by Harmony, who manipulated her to do bad things by Charlotte. However, GH fans know Harmony is only Willow’s adoptive mother, while Willow herself has no idea.

However, an unusual twist on GH shows Nina being very cold to Willow whenever they see each other. Fans wonder if Nina recognizes something in Willow that makes her nervous. Fans hit Twitter recently with their theories, including one who wrote: “I really hope Nina can get through to Willow. I like this potential mother-daughter duo.”

Another wrote, “I do think willow will turn out to be her daughter otherwise it seems odd they are giving these two scenes…” and went on to mention the heart-shaped locket.

This would be a huge twist in the General Hospital tale

The role of Willow is played by Katelyn MacMullen, who picked up on the theories about Nina being her character’s mother. She told Soaps In Depth that this would be “insane” and a “huge twist.” However, Katelyn did mention that fans were expecting this, as Nina and Willow hate each other so much. She concludes by saying it would be “cool” if it turned out to be true.

Obviously, if Willow is, indeed, revealed to be Nina’s daughter, they will have to work hard on their relationship. This is after all the hate the school teacher is getting from Nina. However, despite being tough, Nina does appear to care for her long-lost daughter. Maybe it wouldn’t take long for her to reconcile with the idea of Willow being her child?

Keep watching General Hospital weekdays on the ABC network to find out the truth about Nina and Willow.