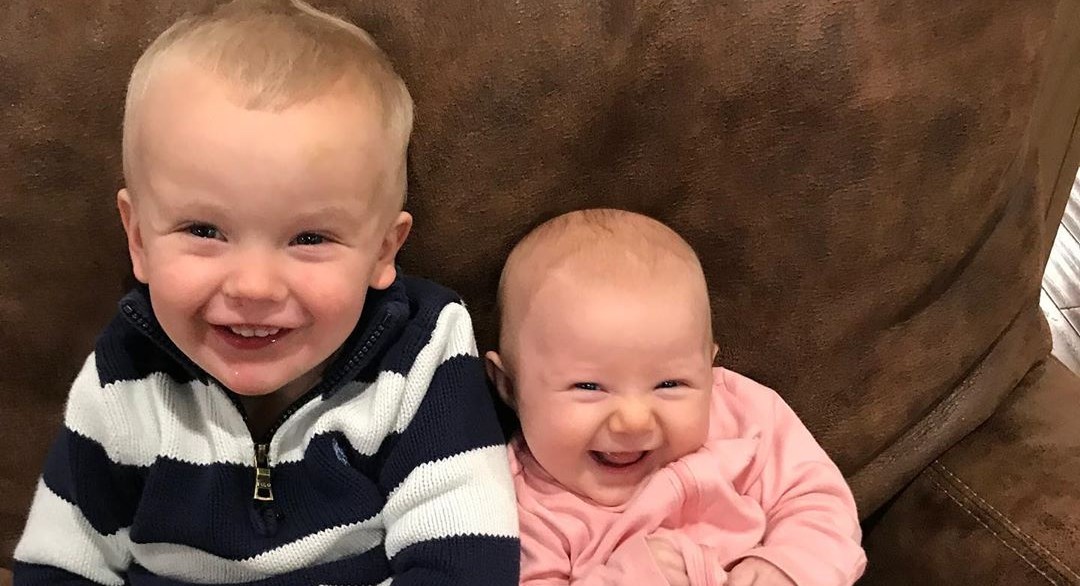 Kendra Duggar’s youthful appearance has some thinking she looks like a teen mom.

As we previously reported, Kendra Duggar recently shared an adorable snapshot of herself and baby Addison.

Both Kendra and her baby girl are glowing in the photo. According to the caption, Addison is officially five months old. Based on the comments, fans can hardly believe how fast her precious baby girl is growing.

Shortly after Kendra Duggar took to Instagram, her photo was also shared on the Duggar Snark Subreddit. The original posted noted they believed Kendra looked like a member of MTV’s Teen Mom cast.

“Looks like Kendra lost some of the baby fat in her face so she went from looking pubescent to a teenager…still looks too young to be a mom of two,” another individual chimed in agreeing with the original posted.

Some individuals were quick to chime in that she “technically was a teen mom.”

Overall, most agreed Kendra just doesn’t look old enough to be a mother-of-two.

Not everyone wanted to discuss her youthful appearance, though.

In addition to her appearance, there was another major topic in the subreddit. Duggar snarks were dying to know… When would Kendra Duggar be expecting her third child? Considering how fast she had her first two, Duggar snarks fully expect her to become pregnant with a third one before too much more time passes.

“Well, Garret was around 10 months when she announced the second pregnancy, so you gotta figure she got pregnant when he was 7 or 8 months (Forgive my math…) I’m Saying all of this to say I call it in the next three or four months she’ll be pregnant again,” one Reddit user theorized.

This sweet girl is 5 months💜She lights up our world we are so blessed! • • • •earrings @mikaydesignsboutique • •#Addisonduggar #5monthsold #timeflies #soblessed #grateful

Several others agreed that by this time next year she would likely be a mother-of-three.

Adding to the conversation, many were horrified by the idea of Kendra Duggar becoming pregnant again. After all, Kendra Duggar is just 21-years-old. She’s been married for nearly three years. And, she’s already a mother-of-two. Many followers of the family are concerned she’s awfully young to be rushing through so much of her life.

Some Reddit users even started predicting baby announcement and baby due dates.

“I say October or November announcement meaning a June or July baby 2021!” One Reddit user penned.

As far as anyone knows, Kendra Duggar is NOT currently expecting another child.

Do you think Kendra Duggar looks like a teen mom? And, do you think she’ll be expecting her third child soon? Sound off down below!