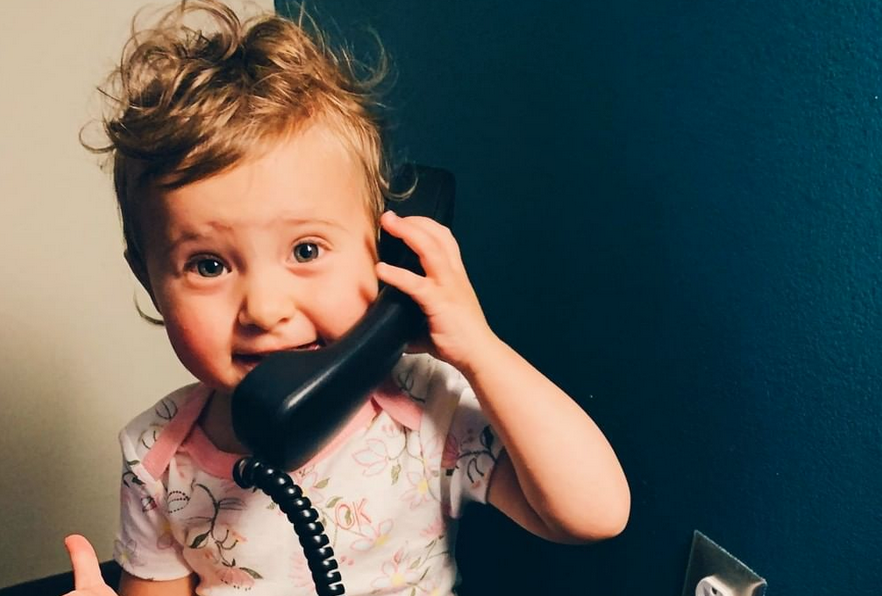 Jinger Duggar Vuolo recently shared a new picture of Felicity. But, her social media followers quickly expressed their safety concerns. In the comments section, several of her followers pointed out a serious safety issue in the picture she shared.

As TV Shows Ace reported, Jinger shared a picture of Felicity “talking” on the phone. Jinger used this picture to remind her followers to reach out to their family members during this time. Even if they can’t see their family in person, they should give them a call.

Duggar fans gushed over 20-month-old Felicity in the comments section. They think she’s adorable, and they love getting to “see” her grow up, thanks to social media. They also appreciate the reminder to catch up with a friend. Even if we’re social-distancing, we can still be social. We just can’t visit with others in person.

Our little social butterfly always loves a good chat with a friend. 💖 . In these days of social distancing, let’s not forget to pick up the phone and call a loved one. 🤗

Jinger’s social media followers were quick to notice the electrical outlet beside Felicity. They also realized that the outlet doesn’t have any covers. So, they left comments on Jinger’s post.

One said, “Cute! but cover the Wall Sockets please!” Luckily, in response to the critical comments, some Duggar fans pointed out that Jeremy and Jinger can safely raise their daughter. They don’t need input from social media users. Someone said, “I knew the wall plug comments were coming as soon as I saw the pic. Mind your business ppl, mind yo business.” Other users said that the Vuolos were at a hotel when the picture was taken.

This is an older picture that Jinger first shared on her Instagram stories earlier in March. So, it would make sense that they might have been in a hotel at that time. They’re not traveling right now due to “safer-at-home” rules in effect in Los Angeles, California. In the picture, Felicity’s not in their home, so they can’t put covers on the outlets. And, they were probably only at the hotel for a night or two. Parents tend to keep a better eye on their kids in unfamiliar places, such as hotels, because they know they aren’t baby-proofed.

So, were you concerned about Felicity’s safety after seeing the new picture? Or do you think the criticism is totally unnecessary? Share your thoughts in the comments section below.