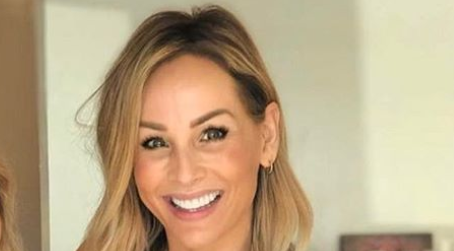 Clare Crawley responded to a fan recently regarding the delay on The Bachelorette. Seems with the coronavirus epidemic, filming on the show had to stop. Crawley responded when a fan said, “I feel so bad for Clare, because she hasn’t got to start her journey to find love yet.”

Clare had a quick response to the sad fan by sending an uplifting tweet. Clare told her fans, “the journey already began long before I had this opportunity.”

She assured the fan not to be sad for her saying, “It’s an exciting new chapter!” Clare Crawley was set to film The Bachelorette on March 13, but it has been put on hold without knowing when she will get to start filming. She claimed it was going to be the most dramatic season ever.

Clare Crawley shared with fans her heart was already so full with all the love and support. Crawley was so excited for her journey to begin to find that someone special. She said, “after waiting 38 years for these moments, what’s a little bit longer.”

The Bachelorette was all set to film with the cast of men already decided on. Chris Harrison said, “since the cast was announced beforehand Clare could be speaking to the men that were set to compete,” US Weekly confirmed that with the virus epidemic those same men may not be able to start filming.

Chris Harrison said, “recasting the show may be a possibility for Clare Crawley’s season. Chris host of The Bachelor and The Bachelorette said, “it’s not out of the realm of possibility,” that 25, 30, or 35 men, guys that were set to take off time will still be able to. They may not be available to come back and film when The Bachelorette resumes filming.

Clare Crawley and Chris Harrison and the men of The Bachelorette don’t have a set time of when filming will start again. Chris says, “with this virus no one knows when this thing will blow through.” “The idea that everyone can take off work and do this again is pretty slim. It may be the same guys or it may be a mixture of both,” who compete for Clare’s heart. For the fans of The Bachelorette and of Clare Crawley it can’t happen any sooner. Keep checking back on TV Shows Ace to see when The Bachelorette will return.