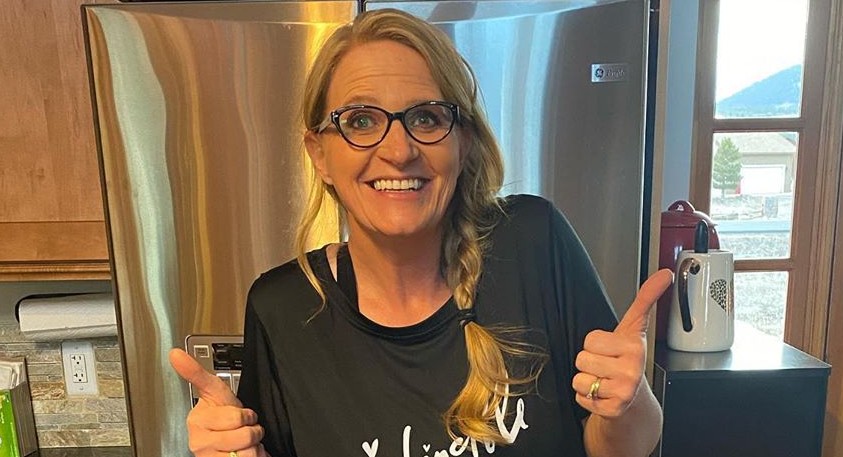 Sister Wives star Christine Brown is really feeling the heat on social media right now. The TV personality received an intense amount of backlash after a recent Instagram post. Why? Well, Sister Wives fans are FURIOUS she doesn’t seem to be taking social distancing or the coronavirus pandemic very seriously.

Christine Brown shared what she thought was a funny April Fools Day post.

April Fools Day is a day that everyone is on high alert. Nothing is assumed to be serious. Everything is believed to be a possible joke or prank.

According to her Instagram post, daughters Gwendlyn, 18, Ysabel, 17, and Truely, 9, went on a picnic together. She received a call from her girls 20 minutes after they left for the picnic. They claimed to need help. Hesitantly, she wondered if it was an April Fools prank.

“And I thought it was an April Fools prank and they were just inviting me to the picnic. Well, they were indeed stuck!!” Brown penned in her caption as she explained what happened.

Her posted featured several snaps of the vehicle’s tires stuck in mud.

Today @gwendlynbrown, @ysabelpaigebrown and @truelygracebrown went on a picnic. I couldn’t go but then after they were gone for about 20 minutes Gwen called and said they were stuck and could I come help. And I thought it was an April Fools prank and they were just inviting me to the picnic. Well, they were indeed stuck!! #aprilfoolsday #aprilfools #stuckinmud

In just 24 hours the post has attracted a lot of attention. It has accumulated over 5,000 likes and nearly 150 comments. Unfortunately for Christine Brown, most of the attention is negative in nature.

Her followers are furious she and her girls aren’t staying home and keeping safe.

While the post didn’t directly include when the picnic took place… Sister Wives fans can only assume it happened on April Fools Day. Otherwise, her skepticism doesn’t make much sense.

With the entire United States encouraging people to stay home… Many fans could not help by wonder why Christine Brown posted something so casually about her daughters going on a picnic. But, couldn’t they just have a picnic at home? Here’s some of what her frustrated followers had to say:

There were some Sister Wives fans who kept things positive.

Fortunately, not everyone was out to attack Christine Brown in the comments. In fact, some were quick to offer advice on how to get the car out of the mud. Furthermore, some noted they were happy to see the girls were getting outside. “Nothing wrong with some fresh air” a few admitted.

Hilariously, a few even questioned if she got to enjoy the picnic after getting her children out of the mud.

The overwhelming majority of the comments on the post, however, had nothing nice to say to Christine Brown. Sister Wives fans hope she’s doing her part to keep her family safe.

Kourtney Kardashian & Travis Barker’s Latest PDA Photos Go Too Far?!
‘Love Island USA’: What To Know About Casa Amor, Including Air Date
Will There Be ‘When Calls The Heart’ 2021 Christmas Movie?
Isabel Roloff Just Posted The Cutest Baby Bump Picture You Have To See
Would Michael Allio Accept An Offer To Be ‘The Bachelor’ Next Season?