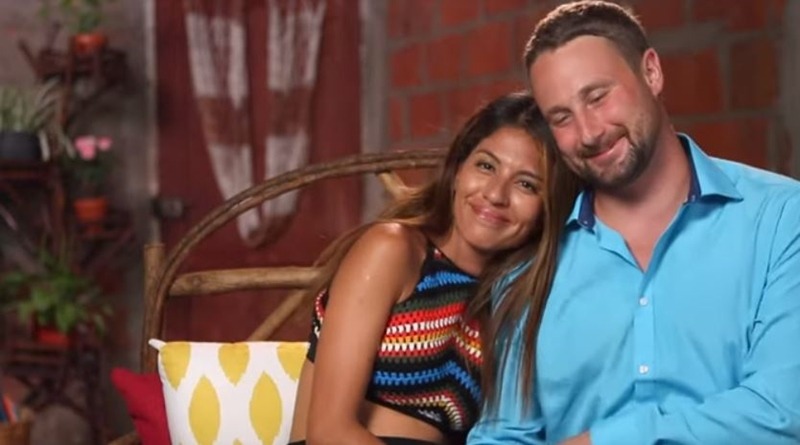 90 Day Fiance fans might be forgiven if they scratch their heads over Evelin and Corey down in Ecuador. After all, some conflicting statements come out about where they stand in their relationship. Evelin said they split, then revised that, noting she couldn’t tell anyone where they stand right now. Now, Corey says they are actually together.

90 Day Fiance – Evelin said she and Corey split, revised that

TV Shows Ace reported on March 27, that Evelin spoke out after their segment on What Now? aired. She sent out an Instagram Story that  90 Day Fiance News then shared on their Instagram account. In that Story, she said that she wanted to update her fans on where she and Corey stand. She said that they “broke up” but spend coronavirus isolation together. Then she told them emphatically that they remain “just friends.” So, it seemed a bit odd that Corey later questioned where the rumors they split came from.

After that Story about the 90 Day Fiance couple splitting, Evelin shared another post. This time, she said, “Quarantine is not easy, but I’m so lucky to be here.” Then came the contradicting bit. She added, “I can’t give you details about my relationship right now.” Well, she already told us they broke up, so that message seems just plain confusing. She then elaborated on how things are difficult and it doesn’t help that they go through this “hard time [quarantine].” Meanwhile, fans noted that Laura Jallali said something about them splitting as well, InTouch Weekly noted.

Corey says he and Evelin are together, doesn’t know really why the split rumors arose

Maybe Corey doesn’t read Evelin’s Instagram Stories that she put out. In his latest post, he said, that they are together. In fact, he suggested that Laura Jallali doesn’t know what’s going on with them. Presumably, he thinks she told people that they split. But, if she did, maybe she also saw Evelin’s original Story where she said they split? The post that Corey Rathgeber shared where he spoke about Laura got grabbed by blogger John Yates if you want to watch it.

In the video, Corey said, “We go through some hard times … but we’re doing good.” So, some fans commented on how Evelin said they split. Others simply can’t keep up with it all. And others just lost interest and no longer care about this 90 Day Fiance couple. Actually, these days, fans of the TLC show probably worry about bigger things, anyway.

What do you think about Corey and Evelin saying confusing things about their relationship? Sound off your thoughts in the comments below.