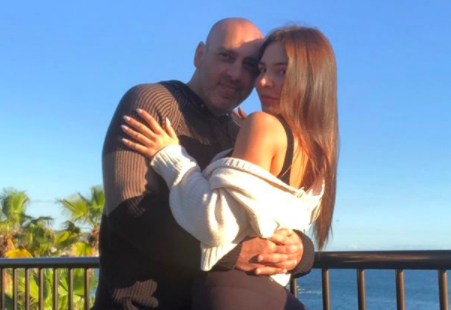 90 Day Fiancé alum Anfisa Nava has decided to speak out exclusively to InTouch, after her estranged husband revealed his plans to divorce her. Yup, that’s right. Jorge plans to ditch Anfisa as soon as he gets out of prison. But the star claims the pair were already “on the verge” of legally ending their marriage before Jorge left.

Where did Jorge go?

Jorge checked into the Arizona State Prison Complex in Phoenix back in September 2018. He went to prison after pleading guilty to a Class 4 felony of Attempted Transportation of Marijuana for Sale.

Anfisa stated, “Once it happened, I wanted to put our issues aside and stay by his side and support him in this difficult situation.”

Based on the Anfisa the show portrayed, it is hard to know if she is telling the truth. While fans would like to believe the pair actually cared for each other, some have been wishing for their divorce nearly since day one.

She continued saying, “However, the whole time I felt like I had a weight on my shoulders that wouldn’t let me be happy. I knew I had to end it and it would be better for the both of us, so Jorge and I talked about it and mutually decided to part ways a few months ago and agreed to divorce once he’s released.”

Did Anfisa leave Jorge for a new man?

While Anfisa tells a story of two adults mutually deciding to part ways, Jorge tells a different one. During his March 31 interview with TMZ, he claims she “abandoned him while he’s been doing time, and ran off to be with another guy.”

Now, Anfisa denies this accusation. She replied to the comment saying, “I’m surprised to see him saying that I ‘abandoned’ him. I didn’t leave him to be with another man, I left because I didn’t want to be with him anymore.”
She continued to explain that she needed time alone to heal. Overall, Anfisa chalks the split up to the pair growing apart. But she insists the relationship was genuine at the start.
Anfisa continued to reveal more to Insight. She stated, “I was hoping the time in prison would make Jorge a better man, but it seems like he is still the same vindictive little boy seeking revenge.” The 90 Day Fiancé star added one last powerful statement saying, “It’s sad that he can’t stand seeing me succeed on my own.”

Where the 90 Day Fiancé stars are now

Since her husband went to prison, Anfisa has dedicated her life to fitness and began entering bodybuilding competitions. Additionally, just a few days ago she revealed her new boyfriend, Leo Assaf, to the public via Instagram.

It sounds like both people are doing much much better without each other. While Jorge is still behind bars, he has also been bettering himself. He has managed to drop an impressive 128 pounds! Way to go Jorge!

But it looks like he will not be a free man until August of this year. So the couple still has to remain married for several more months.

Let us know your thoughts on Anfisa and Jorge’s relationship in the comments below!