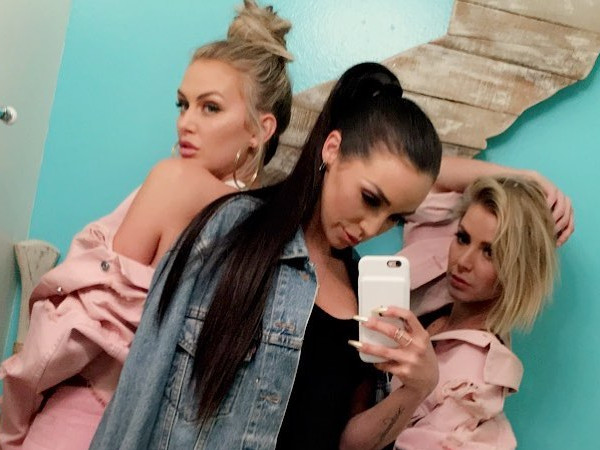 The self-proclaimed ‘Witches of WeHo’ are currently on the outs. VPR’s Stassi and Katie have ended their friendship with Kristen after feuding with her since the Season 7 reunion. The subject of the feud was Kristen’s on-going relationship with Brian Carter despite claiming they’d broken up.

Stassi and Katie have basically replaced Kristen with Lala, someone they used to hate. According to Sandoval, Lala’s friendship with Katie and Stassi was calculated for publicity. The VPR star told Scheana,

[Lala’s] publicist said that was definitely a move she was making. Two or three years ago, she decided it was a good decision for her on the show to be friends with Katie and Stassi.”

Sandoval clarified that Lala’s friendship with her VPR co-stars may be real now, but it wasn’t at first. Ariana and Scheana admitted to hearing the same from Lala’s publicist. Reality Blurb notes that James Kennedy was Lala’s only friend when she began working at SUR during Season 4.

As fans know, James and Lala hooked up for a while and have had many ups and downs in their friendship. The two are on better terms now that they are both sober.

Lala was supposed to marry Hollywood producer and new VPR cast member Randall Emmett on April 18 in California. However, the coronavirus pandemic forced them to reschedule the wedding in July. During the podcast, Scheana and Ariana discussed being left out of the wedding party.

As Scheana points out, she and Ariana were the VPR stars who were friends with Lala before the other women on the show. Scheana does say that it’s “totally fine” because it’s Lala’s day, but still. She finds it strange that they weren’t included.

They also took a weekend getaway to Canada without inviting Scheana or Ariana. The two found out about the trip on social media.

Vanderpump Rules star Ariana admits to sometimes feeling ganged up on when disagreeing with co-stars. She and Scheana agreed that they can only count on each other. Ariana said,

If I were to pop off on Katie or Stassi or Lala, I’d have 10 people jumping at me but if somebody pops off on me, it’s just [us],”

Sandoval said something similar earlier in the podcast. He explained what fans didn’t see about his confrontation with Stassi at TomTom earlier this season. According to Sandoval, Katie and Lala both approached him and yelled at him before his argument with Stassi.

Vanderpump Rules Season 8 continues Tuesdays on Bravo. Check out the preview for the next episode below.