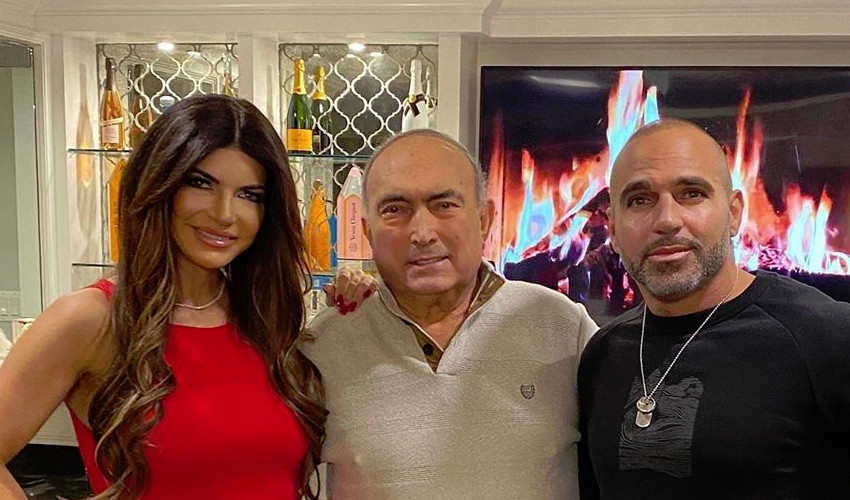 The Real Housewives of New Jersey star Teresa Giudice is worried about her father, Giacinto Gorga, or ‘Nonno’ to the family. Her dad has been in and out of hospitals for the last few years and is “struggling” with more health problems, she wrote on Instagram.

RHONJ Stars Plead with Fans to Pray for Giudice Patriarch

RHONJ‘s Teresa took to Instagram on Thursday night with a request for fans: pray for my dad. In a heartfelt post, she asked for any “extra prayers” and “love” be sent to her dad. While Teresa didn’t elaborate on what’s going on with her dad, what she did say didn’t sound good.

The RHONJ star wrote that her dad is “struggling.” She also said that “my girls and I need him,” which seems to imply he is sick.

At this trying time I’m graciously asking for any extra prayers, good vibes, love….please send my fathers way. My father is struggling and my girls and I need him, we need his love, his presence & his strength. #thepowerofprayers 🙏🏻❤️

Former RHONJ star Joe Giudice left a comment on the post sending his love to his family. He implored God to help his “father in law and family.” Teresa and her husband split in late 2019 after 20 years of marriage. He is living in Italy while waiting for an answer to his deportation appeal.

Italy is under lockdown due to the coronavirus outbreak. Fans left questions on Teresa’s Instagram, wondering if her dad might have coronavirus or other medical issues.

Teresa’s brother, Joe Gorga, also made an Instagram post about his dad. He shared a photo of the two of them with the caption that his dad is the “toughest man” he knows. He put a prayer emoji at the end of the caption.

The toughest man I know. 🙏

Many fans responded to the post with thoughts and prayers for his dad.

RHONJ’s Melissa Gorga Asked for Prayers a Week Ago

In a post that largely went unnoticed by media outlets, Melissa Gorga asked for prayers for her father-in-law for her birthday, March 21. She also didn’t explain what was going on with him. But she said, “he is the best soul.”

Thanks so much for all your Birthday wishes❤️ What I really want from all of you is a couple extra prayers for this guy🙏🏼❤️❤️ He’s the best soul. ❤️❤️ #thankyou

Joe Gorga replied to his wife’s post by saying his dad sacrificed everything for his family.

People reports that Teresa’s dad has been self-isolating with her and her family in New Jersey.

The RHONJ star was a guest at BravoCon in November of 2019. TV Shows Ace reported that Teresa had to skip out early to take her dad to the hospital. He was also in the hospital in late 2018, according to People.

In 2017, Teresa’s dad fought off a bout of pneumonia that led to a hospital stay.

TV Shows Ace sends thoughts and prayers to Nonno. We will update fans with more information as it becomes available.