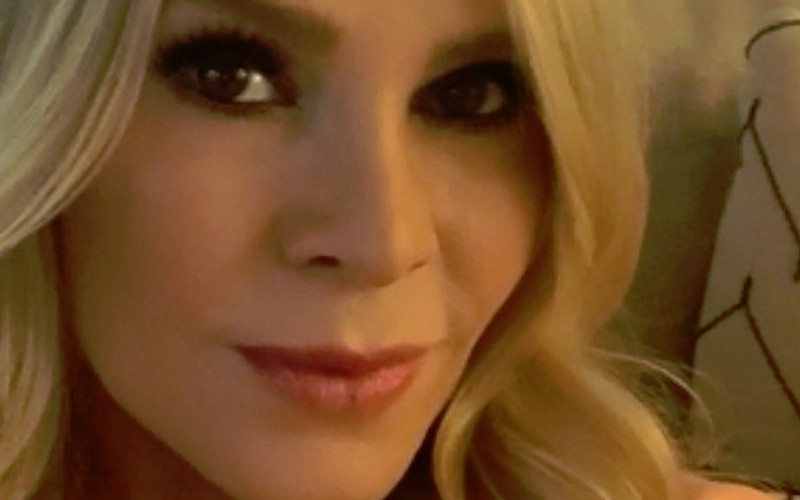 Like most people, The Real Housewives of Orange County star Tamra Judge is more active on social media during statewide stay-at-home orders. The Cut Fitness owner recently celebrated her husband, Eddie Judge’s, birthday by picking up takeout from their favorite restaurant.

Aside from that venture out, Tamra is mostly remaining at home. But the RHOC star got a little restless Thursday night and let Instagram keep her entertained.

On Thursday, the RHOC star posted on her Instagram Stories that she was “bored.” To ease her boredom, Tamra opened up her Instagram for questions from fans. And fans, also stuck in quarantine, responded.

Reality Blurb reports that most of the questions were related to her time on RHOC, including whether she was Bravo host Andy Cohen’s favorite housewife. What else did Tamra discuss during her impromptu Q&A?

More than one fan asked Tamra about her friendship with Shannon Beador. As fans know, Tamra was particularly close to Shannon and co-star Vicki Gunvalson during Season 14 of RHOC. In fact, the trio dubbed themselves Tres Amigas.

However, Tamra may have had a falling out with Shannon over her reconnecting with RHOC’s Kelly Dodd, TV Shows Ace reports. Tamra denied that her recent social media posts about fake friends was about Shannon.

Tamra admitted that the two aren’t as close as they used to be. She responded to a fan who asked if she’s still friends with Shannon. Tamra replied that she thinks so, but doesn’t hear from Shannon “very often.”

Another fan asked Tamra point-blank why she dropped Shannon as a friend. Tamra replied that the fan’s information was wrong and she never “ditched” their friendship.

RHOC fans know that Tamra and her ex-husband, Simon Barney, have a tense history. His recent cancer diagnosis did bring them closer. However, at one point, rumors abound that their three children were caught in the crossfire.

Tamra has admitted that her oldest daughter, Sidney, wasn’t speaking to her for a long time. Tamra and Simon also share two other children, Sophia and Spencer. A fan asked Tamra if all three of her kids live with her “now.”

The RHOC star quickly clapped back by saying Sidney doesn’t live with her because she’s at college. However, Tamra claims Sophia and Spencer have “always” lived with her.

Tamra also reported that her kids are “bored” during the quarantine, but mostly they miss their dad. Due to Simon’s cancer, it’s too risky for anyone to visit him until the coronavirus pandemic is under control.

Is the RHOC Star Planning a Return to TV?

Tamra and Vicki both left RHOC after a tense Season 14. The duo were recently spotted filming a show – but whether it’s for Bravo or another network is still unknown.

A curious fan asked Tamra if she and Vicki will be returning to TV soon. Tamra responded with the good news that they have been approached to do a show together. She didn’t offer any other details, but wrote, “fingers crossed.”

Tell us in the comments if you’ll watch a show starring Tamra and Vicki.

Filming for The Real Housewives of Orange County Season 15 is on pause for now. Check back with TV Shows Ace for updates on when your favorite shows will resume filming.