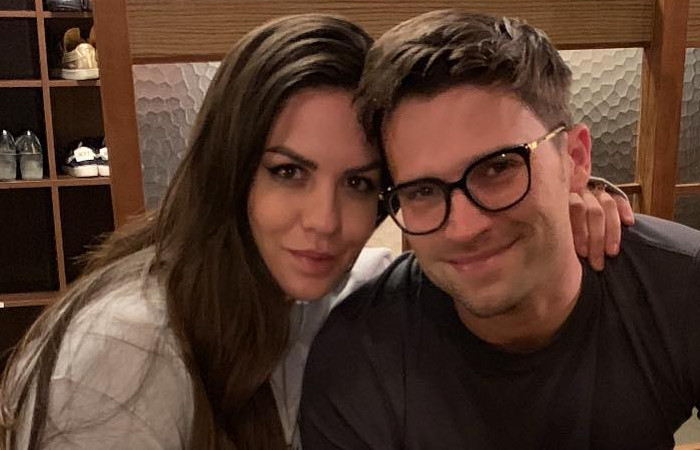 The difference is co-stars intervened when James did it. With Schwartz, most of the cast watched in silence, People reports.

Even though Tom Sandoval’s friendship with Jax Taylor is rocky, Sandoval never passes up a good prank. The TomTom co-owner decides to ‘TP’ Jax’s house. To avoid suspicion, Sandoval threw toilet paper all over his own lawn, too.

Yes, summer of 2019 when the episode of VPR was filmed was an entirely different time. No one thought twice of wasting toilet paper or considered that there might be a great TP shortage of 2020.

Schwartz opted out of the toilet paper fun but opted into a beer bong. He said later on Watch What Happens Live that everyone had been drinking all day.

Jax finds out that Sandoval was behind the prank and plots his revenge. Jax enlists help from Randall Emmett, VPR star Lala Kent’s fiance. Randall brings in actors to pretend to be police officers and arrest Sandoval for “vandalism.”

That explains the part of the Season 8 trailer that shows Sandoval getting “arrested.” It was all Jax’s payback prank.

All is going well until Katie and VPR’s Ariana Madix take issue with Sandoval being fake arrested. Ariana describes it as “tone-deaf” considering that police brutality is a hot-button topic. Katie’s reaction certainly hit a nerve in Schwartz.

Schwartz Tells Katie to ‘Shut Up’

Hearing enough Negative Nancy talk from his wife, the VPR star eventually tells her to “shut up.” He accuses her of “ruining a great moment” where everyone is having fun and laughing. But he doesn’t stop there. He proceeds to call her “stupid” and an “idiot.”

To make matters worse, he implies that he is completely repulsed by her in the bedroom because of her behavior. Schwartz said, “That’s why I don’t have [intimate relations] with her.”

Upset by his behavior, Katie tries to make an early exit. Schwartz tries to leave with his wife, but she won’t let him. The couple appeared after the show on WWHL and Schwartz did apologize to his wife for how he acted.

Not the First Time the Couple Argued on VPR

Vanderpump Rules fans very much remember some of Katie and Schwartz’s arguments in earlier seasons. Just last season, the couple got in an argument while on vacation in Mexico.

A blow-out fight at their joint bachelor/bachelorette party in New Orleans almost torpedoed their wedding. And who can forget Schwartz pouring his drink on Katie’s head in one of the early seasons?

Tell us in the comments if you think Katie deserved Schwartz berating her?

Vanderpump Rules airs Tuesdays on Bravo. Watch the sneak peek of next week’s episode below.

Is Natasha Parker Open To Being ‘The Bachelorette’ After ‘BIP’ Drama?
‘GH’ Spoilers: Sonny Is Back And Furious, Limo Explodes Shakes Up PC
‘General Hospital’ EXPLOSIVE Spoilers: Sonny Heads Home, Who Survived The Bomb?
‘Yowamushi Pedal’ Season 2 Release Date Confirmed: Sooner Than Expected
‘BIP’ Natasha Parker Is Moving On, Saying Goodbye To The Past