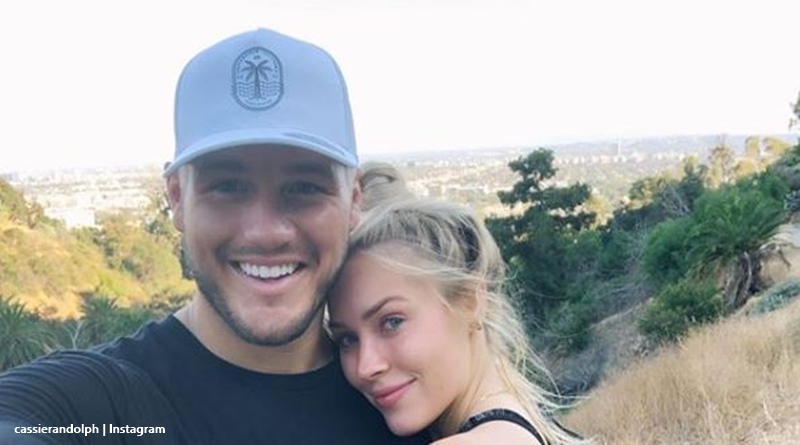 The Bachelor fans heard on March 20 from Colton Underwood that he contracted the coronavirus. The first one from the show with the illness, he kept fans informed of his progress. He started getting better, and now the good news came that he’s free from isolation. Colton noted how lucky he feels as he recovered after days of feeling bad.

The Bachelor star, Colton feels ‘very fortunate’ that he got treatment so fast

TV Shows Ace reported that Colton fell ill and Cassie Randolph looked after him during his quarantine isolation. Despite his illness, he updated people on his progress right from the first diagnosis. By March 29, he reported he felt much better and it seemed the worst was behind him. On April 1, the good news came that he recovered, and got freed from isolation. People really like hearing about the illness and how it presented and progressed, so they can better assess if they may have the virus. And, Colton explained about that.

Speaking to People TV, Colton said that he first experienced “headaches” and stiffness. But, as he still ran and worked out, he thought maybe that accounted for it. But later, The Bachelor alum experienced “night sweats” and contacted his healthcare professional. Extremely grateful that his treatment started early, he said that he feels very “lucky” and “fortunate.” He admitted that getting the illness really is so “scary.” After all, the virus is new and lots of people become very ill from it.

Colton free, now out of isolation

Colton told the outlet that now he may resume running and moving about. But, he’s careful about still applying social distancing rules. The biggest message from stars like Colton focus on reminding fans that they should stay at home to help flatten the curve. A similar message came from another The Bachelor alum this week. Carline Lunny from Arie Luyendyk’s season also tested positive. The second COVID-positive person from the show, she urged people to just “stay at home” so they don’t infect other people.

Day 11. I’m closer to feeling like myself and I am so grateful to have more of my lungs back. I want to thank my doctor and local health department who have done a great job guiding us through this. I’m talking with my doctor about donating my plasma and doing anything I can to help fight this thing. Thank you to everyone who has be so supportive during this time. A friendly reminder that my memoir comes out March 31st! I’m hoping that during this time it helps distract people or you learn something new about yourself while reading it. Continue to smile and spread positivity. ♥️ love y’all

Like Colton, it looks like Caroline’s very lucky that her symptoms seem fairly mild. TV Shows Ace reported that she actually thought she suffered from normal flu. So, she urged fans to check it out if they fall sick. As Carline begins her journey with the virus, the good news comes that other celebrities like Colton got over it. That includes Andy Cohen from Bravo and Idris Elba.