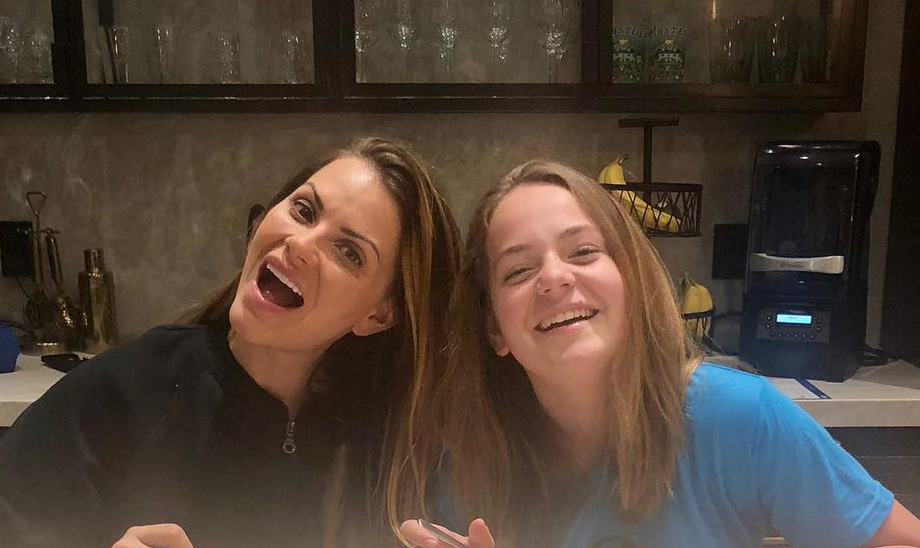 As TV Shows Ace reported, Michelle Money of The Bachelor is going through a tough time right now. Her 15-year-old daughter Brielle went on life support after a terrible skateboarding accident. She recently underwent surgery too. On Tuesday, the mom offered an update on her daughter’s status.

It sounds like things may be looking up, but there’s definitely more progress to be made. Michelle said they have to wait another day or two “ to let the brain swell up and monitor until taking her off of sedation to see what we find.” Brielle is where the doctors expected her to be at this point.

After surgery, Brielle is stable. In a video with her boyfriend Mike Weir, Michelle gives an update, saying, “We know all of the prayers you guys have sent out are being heard and felt and received because Brielle is in stable condition. She’s doing good. It’s been really rough not being able to be there, but I got 12 hours of sleep last night.”

Thank you so much for the thoughts, prayers, comments, and support. It means the world to us. Brielle had a successful surgery and the numbers are looking good so far. There will definitely be rough days ahead but we’re feeling grateful today. Thank you! 🙏 #prayforbrie

Michelle and her ex-husband, Ryan Money, have been taking turns staying with Brielle in the hospital. When they stay, the same parent must stay for 24 hours due to coronavirus concerns. Michelle previously revealed that this was hard for her. She said she wanted to stay with her daughter, of course. But, she also needed to give Brielle’s dad a chance to be with her in the hospital.

Now, Michelle is staying at the hospital until Brielle wakes up. This is to prevent coronavirus from being spread. If Ryan and Michelle are coming and going, they have the chance of catching it and spreading it. It’s likely that Brielle will wake up sometime this weekend.

Since the accident, Michelle’s social media followers have been offering support. They’re saying they’re praying for Michelle and her family during this time. They’re leaving positive comments. They also want to know what else they can do to help during this tragic time.

#ad Sometimes the whole family eats dinner around the table, and other nights we eat around Brielle's homework. 🤷🏻‍♀️ @blueapron helps me get dinner on the table even on busy evenings by delivering perfectly proportioned ingredients directly to my doorstep! Best of all, their quick, easy, and delicious meals mean happy kids AND happy moms! Watch my IG Story to see how we went from #HangrytoHappy tonight.

In the video with Mike, Michelle says, “Thank you guys so much, we feel so overwhelmed and supported and loved.” It’s clear that she and her family appreciate all of the love and support during this challenging time. Michelle promises to keep her followers updated via social media. She has been sharing frequent posts about her daughter during this time. As soon as anything else happens, Michelle will be letting her followers know via social media.

For the latest on Michelle Money and her daughter Brielle, stay tuned.