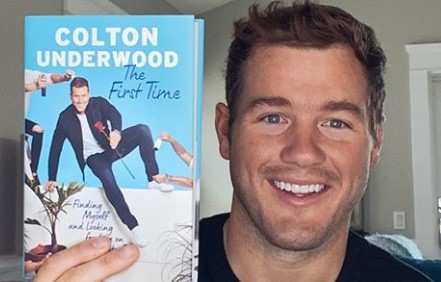 Colton Underwood is no longer under contract with ABC and has a lot to say. Being the former Bachelor Colton discussed his relationship with the producers and how they kept him from discussing Peter Weber’s season of The Bachelor.

Colton Underwood says, “One of my goals of the show was to break the fourth wall.  I don’t think production really liked that I was on board with that.” Underwood likes to keep it real and the producers knew that.

When Peter Weber’s season was being aired and things heated up on twitter, Colton was ready to speak out. That’s when Colton said, “they knew that I knew to much about what was going on.” That’s why fans didn’t get to hear much of what Colton thought of Peter Weber and his journey.

i didn’t get another dog. i just saw this one in a coffee shop and I wanted a picture with him. more on @coltonhelpsdogs

The Producers Job Is To Guide Their Bachelor Colton Underwood Said

Colton says, “I feel sorry for that young lady and Peter being frustrated with the confusion going on.” The producers’ job is to guide the lead and help show him the way. That’s why it looks like Peter Weber was set up for failure because they wouldn’t let him control his own journey. Peter Weber’s season came to an end without really finding love.

Colton Underwood met his current girlfriend Cassie Randolph on The Bachelor. He tells US magazine that even if he’s frustrated with the franchise he’s not going to “completely” bash the producers.

It’s All For The Entertainment Business

Colton Underwood realizes that in the entertainment business you can’t take anything personally. He’s still going to keep a professional relationship. Colton said, he heard to “be a good little boy” and “keep your mouth shut,” constantly. It ended up being too much. According to Colton Underwood, he felt controlled even after the end of his season and he didn’t like that.

Colton Underwood has been one of the more outspoken bachelor’s. Underwood wasn’t happy with the treatment from producers. Underwood said, “you don’t get to still have this control and power over me.”

Colton Underwood acknowledges he’s not going to “bite the hand that feeds him.”Colton says he’s very thankful because he’s gracious for the experience on The Bachelor. If it wasn’t for The Bachelor then Colton Underwood would’ve never met the love of his life Cassie Randolph.