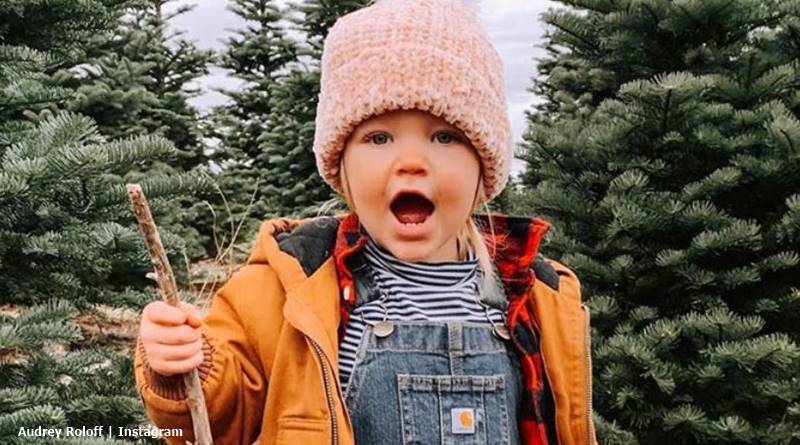 LPBW fans know that Jeremy Roloff and Audrey welcomed their son Bode not long ago. Their daughter Ember’s now two but of course she’s not forgotten. Actually, the couple hopes for even more kids in the future. In the meantime, Jeremy recently shared lots of posts of himself with his two-year-old daughter. Now, he taught Ember a special lesson about a father’s love.

LPBW – Jeremy teaches Ember about love from her dad

Jeremy and Audrey really seem happy as they learn more about parenting their kids. In fact, TV Shows Ace reported that they want more kids in the future. While they never actually put a number on how many kids, US Weekly noted that Jeremy’s rather keen on four, just like his mom and dad. Amy and Matt Roloff raise the twins Zach and Jeremy, plus Jacob and big sister Molly. But those additional kids come along in the future. In the meantime, while raising baby Bode, Jeremy makes time for Ember.

Jeremy posted a photo of him out with Ember. They’d been out collecting some eggs from the hens. The Little People, Big World alum captioned it with, “Lately I’ve been asking Ember, ‘why does daddy love you?”‘ Well, giving LPBW fans some insight into his little girl, he said that she “mumbles” a bit. And then, he grabs her by shoulders and says, “because you are my daughter.” Jeremy explained that he wants her to know he loves her just for that. Not for being “anything else.”

Jeremy gets a response from Ember on a father’s love

Jeremy also noted that one day when Ember grows up, he hopes that she’ll come to understand that “God the father loves her, simply because she is His daughter,” as well. Finally, the ex-Little People, Big World star noted that the message sank in. It came later when he asked after her bathtime, why he loves her. This time, she said to him, “Because I am your daughter.” But she also said something else that Jeremy loves. The little girl added, “and Bode because Bode is your son!” No doubt, one day, Jeremy plans to teach his son the same thing.

LPBW alum Jeremy probably didn’t invent that way of imparting his love for his daughter. He also noted in his caption that he takes “advice and practices from others.” In fact, it may come from Dale Partridge. One fan noted that they know he “did this with his children!” Jeremy then admitted that he and Dale are actually “very good” friends. Other fans do the same thing and those that don’t certainly hope to try it with their kids.

Lately I’ve been asking Ember, “why does daddy love you?” She mumbles around for a bit, as she likes to do, but then I grab her shoulders and I say, “because you are my daughter.” As she is forming her perspective on the world I want her to know that she is loved simply because she is my daughter, not because of anything else. One day she will understand that that is exactly why God the father loves her, simply because she is His daughter. As I press into parenthood with a curious and teachable heart it’s been amazing taking advice and practices from others and after consistent implementation, watching it shape and mold Ember’s growing mind. Tonight I asked her why I loved her after bath time and she said. “Because I am your daughter… and, and Bode because Bode is your son!” Haha. Love her. This is us after yesterday’s egg yield.

What do you think about Jeremy Roloff teaching his daughter Ember that he loves her simply because she is his child? Sound off your thoughts in the comments below.

Remember to check back with TV Shows Ace often for more news about Jeremy Roloff. Remember that the new season of LPBW premieres on TLC on March 31.