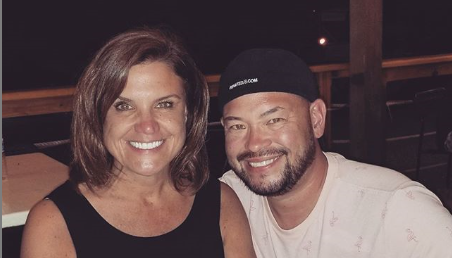 Since a reported gag order lifted, Jon Gosselin hasn’t been quiet about his thoughts on ex-wife Kate Gosselin. He talked about her abuse of their children and her need to be in the spotlight among other things. He said Kate had brainwashed the other children against him where they don’t even want to be around him.

Now, the exes are back in court again and this time it’s over money. Jon currently has custody of Hannah and Collin, two of the sextuplets. Kate needs to transfer money those two have in their names from being on the show to Jon. Kate previously had to go to court for allowing four of her children to appear on the show. A court ruled they could not work without work permits and Jon’s permission.

The show filmed Alexis, Aaden, Joel and Leah for a special. Jon said, “I didn’t sign for them to film. I have to sign a legal waiver and I didn’t do that.” The court ordered Kate to pay Jon $1500 in legal fees.

Jon Gosselin Asked For Kate To Be Held In Contempt

Jon Gosselin requested Kate charged in contempt of court because she failed to transfer the accounts into his name. Kate fought back saying she prepared to transfer Hannah and Collin’s accounts, but Jon hadn’t done his part.

According to The Ashleys Reality Roundup Kate, “noted a correspondence between their lawyers. Her attorney told Jon he ‘needed to establish’ new accounts for the children and provide Kate with ‘documentation of opening of those accounts.'”

The He Said, She Said Continues Between The Former Reality Stars

The two have been airing out all kinds of dirty laundry in the press lately. Kate has blamed Jon Gosselin for getting Kate Plus 8 on TLC cancelled. She said she thought it was the negative publicity he brought about. Four of the sextuplets live with Kate and the two older twins are in college.

Jon has said Collin doesn’t talk to Kate or his siblings. Hannah talks to her siblings often but not her mother. According to the court, Jon will get TLC to set up deposits in his name and Kate will provide all documentation needed. Hopefully the two will be able to sort things out so their children can have access to their money and move on from the drama. Fans don’t think the fight is over between these two.

So, what do you think about Kate’s move? Any ideas what will happen next? Leave a comment below.