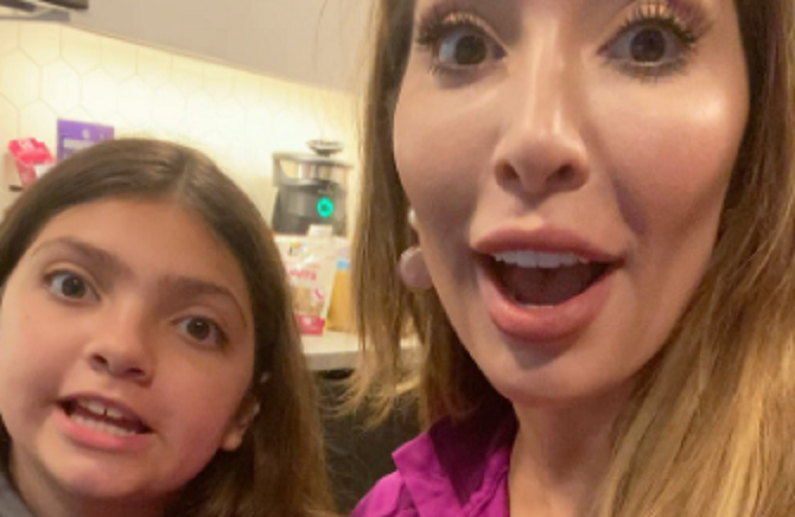 Farrah Abraham did it again. She posted another risqué video on social media. Instead of Instagram, it ended up on TikTok. Farrah was slammed for doing a “sexy” TikTok with her 11-year-old daughter in the shot. Read on to learn more.

TV Shows Ace video reported that Farrah Abraham was previously slammed for saying that she “loves coronavirus season.” Now, she received controversy for something else. TikTok dance challenges have been popping up everywhere, especially now that everyone is stuck at home with nothing to do. Dancing is a great way to pass the time while going viral on social media.

Farrah Abraham has been trying to go viral. But she went about it the wrong way, as reported by The Hollywood Gossip. Farrah tried to include her daughter into the video. Fans were even shocked that Sophia tried to copy her mom’s dance moves. Here are just some of the comments she received:

But the problem isn’t her bad dancing. The real problem is that Farrah is using her daughter to go viral. This is not the first time that Farrah has shared a risqué dance video with Sophia by her side. She often shares her TikTok account with Sophia, who she claims is her “best friend.” This is Farrah’s way of being the cool mom.

Does Farrah Abraham use Sophia as a prop?

It’s odd for the MTV star to have her daughter star on the same account she uses to sell intimate toys. Farrah has a history of using Sophia as a prop for inappropriate social media videos and business ventures. Obviously, it’s not right to shame Farrah for dancing sexy. Moms are human beings, too.

But there’s a bigger issue here. Rather than letting Sophia enjoy being a kid, Farrah is dependent on her for emotional and financial reasons. Of course, there are some people who feel there is nothing wrong with the video. But it’s best for Farrah to find age-appropriate activities to do with her daughter.

Regardless, Farrah and Sophia Abraham have been living their best lives amid the coronavirus pandemic. They were recently spotted riding through Los Angeles on scooters while wearing face masks.

What are your thoughts? Do you agree that Farrah Abraham’s TikTok video was inappropriate? Sound off below in the comments section.