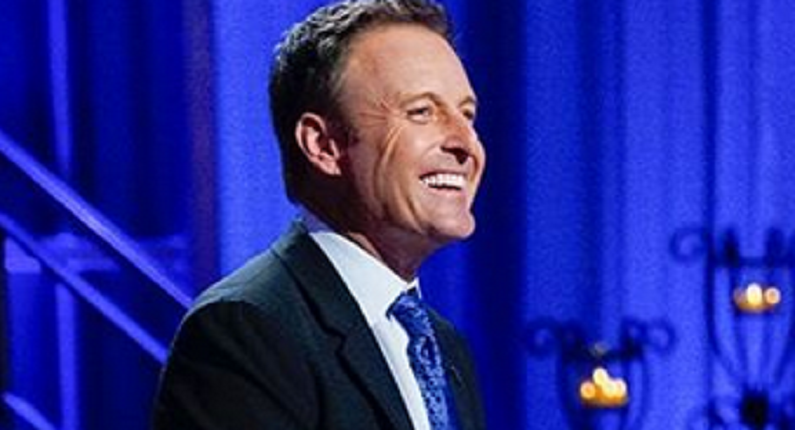 Chris Harrison is totally shipping Peter Weber with Kelley Flanagan. Most of Bachelor Nation ships them together as well. This comes as no surprise since the ABC host is a bit of a romantic himself.

He was there for Pilot Pete’s turbulent journey on The Bachelor. He’s gotten to know Peter Weber and his family. So, he knows what woman is right for him. Chris also wasn’t shy on sharing his thoughts about Peter dating Kelley Flanagan.

The two have been spotted cozy. While the pictures are adorable, they really need to practice social distancing. Of course, Chris was asked about those infamous photos and shared his thoughts.

Chris Harrison is a Peter and Kelley shipper

Kelley Flanagan and Peter Weber were spotted out together in Chicago last weekend. Their encounter was so flirtatious that Peter picked her up and swung her around. Chris Harrison spoke to his girlfriend, Entertainment Tonight reporter Lauren Zima, about the dating rumors surrounding the two. Chris said that he’s a total shipper of the couple.

In his interview with People magazine alongside his girlfriend, Chris said he doesn’t care who ends up together or how it happens. He just wants them to be happy. He’s glad that the show has brought some sort of romance into their lives.

“I would just say this, and not about any specific couple, but if any of these people can find love, if any of them find a great stable relationship that makes each other happy, then God bless them,” Chris Harrison explained. “If you’ve learned anything from our show, it’s that love comes in crazy ways, and Lauren and I have found the same thing in our own private life.”

Peter and Kelley haven’t confirmed the dating rumors. Chris admits that love is “tough to find” and it can turn out messy. He also compared Peter to previous Bachelors who had controversial seasons, like Arie Luyendyk Jr. and Jason Mesnick.

“There’s no magic pill. So however these people find it, good on them and I wish them the best,” Chris added.

Not everyone will agree with Chris. But he seems to have a good friendship with Peter and his family, so he knows what’s best for him. He also seems to be very optimistic about Peter and Kelley. It’ll be interesting to see if the two will continue to date.

Everyone knows that Peter Weber’s season was one of the hardest to watch. While Bachelor Nation loved the way that Hannah Ann Sluss defended herself amid their breakup, it was clear that Barbara Weber was the star of the show. During the live finale taping, Peter and Madison Prewett declared that they wanted to make their relationship work.

Barbara claimed that Madison was written in a better light than her family was. In a previous interview with Entertainment Tonight, Chris Harrison admitted that Madison deserved better than how Barbara treated her on live TV. He also empathized with Peter’s situation.

“I have exchanged texts with Peter today. And all I will say – because I don’t want to give too much away, because it’s a really personal conversation – he’s having a tough time,” Chris previously told ET. “He’s a little beat up by everything. … Right now he’s concentrating on trying to put this all back together – his relationship with Madison, his relationship with his family. So I just said, ‘I love you, I’m there if you need me, if you need a room.'”

It looks like Peter is doing much better these days. He was definitely all smiles with Kelley by his side in Chicago last week.

What are your thoughts on Peter Weber and Kelley Flanagan dating? Do you agree with Chris Harrison? Sound off below in the comments section.

Audrey Roloff Reveals Why She Kept Her Pregnancy A Secret
Wait, What? Does Isabel Roloff Plan To Raise Her Baby In A Van?
Danielle & Adam Busby Celebrate 15 Years Of Marriage: See Photos
‘Young And The Restless’ WAIT!! Rey Rosales And Chelsea Lawson Fall In Love?
Duggar Family STUCK Under TLC’s Thumb, Trapped By ‘Counting On’ Contract