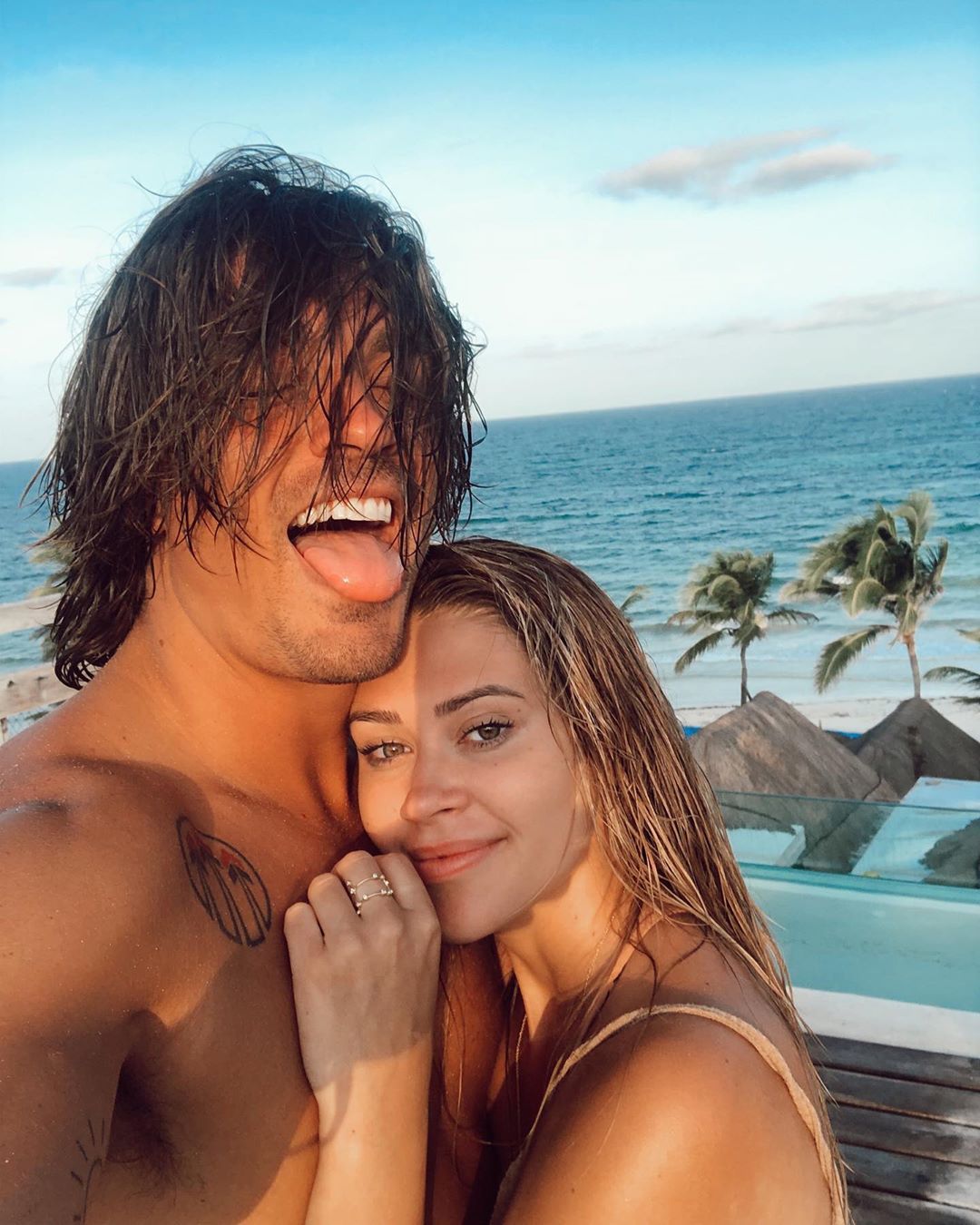 We all know that they weren’t very good at hiding their romance while Bachelor in Paradise was airing, but will Dean Unglert and Caelynn Miller-Keyes be any better at keeping a whole dang marriage a secret? E!Online reports on Bachelor Nation’s speculations.

Fans of the couple have seen Dean sporting a sizeable ring on “that finger”, but what does it mean?

On Monday, March 30, 2020’s episode of Help! I Suck at Dating podcast, hosted by Bachelor in Paradise alum, Jared Haibon wants to know if the Caelynn gave Dean the ring to remind everyone that he’s taken.

In Dean fashion, he replies, “It’s just a constant reminder for me, too. You know, if it wasn’t as big as it is, I’d probably miss it every once in a while.”

Dean’s ring wasn’t the only elephant in the room as Dean makes mention that Caelynn “wears a lot of rings”… even on “that finger”.

Did They or Didn’t They?

E! Online reported shortly after Valentine’s Day 2020 that they had insider information that Dean and Caelynn had a “commitment ceremony” while they were traveling. That the couple is “not legally married”, but it “really brought their relationship to a new level.”

When it seemed like Jared Haibon may have Dean backed into a corner with no way out other than to acknowledge whether the fan speculated wedding in February happened or not… Dean straight up defers questions to Caelynn.

Initially, Dean says that Caelynn is working out and he doesn’t want to bother her.

Jokingly, Jared asks, “Why are you guys playing it so coy? Like, I get more questions about your marriage than I do mine and nobody even knows if you’re married.”

Once again, Dean defers, saying, “Yeah, that’s weird. I wish I could answer that but it’s not my place. It’s kind of a Caelynn thing.”

Maybe they learned from hiding their relationship in the beginning how to better hide their marriage? The same insider as before says, “They are really trying to hype it up and troll fans.” While a second insider tells E!News, “They’re very happy and very serious and enjoy the speculation from fans.”

While the suspense may be killing Bachelor Nation, the second insider says, “Close friends of Caelynn and Dean still don’t even know if they are legally married.”

Web sleuths may have a mystery solve with their quarantine time. Keep tuned to TV Shows Ace for more Bachelor in Paradise news!