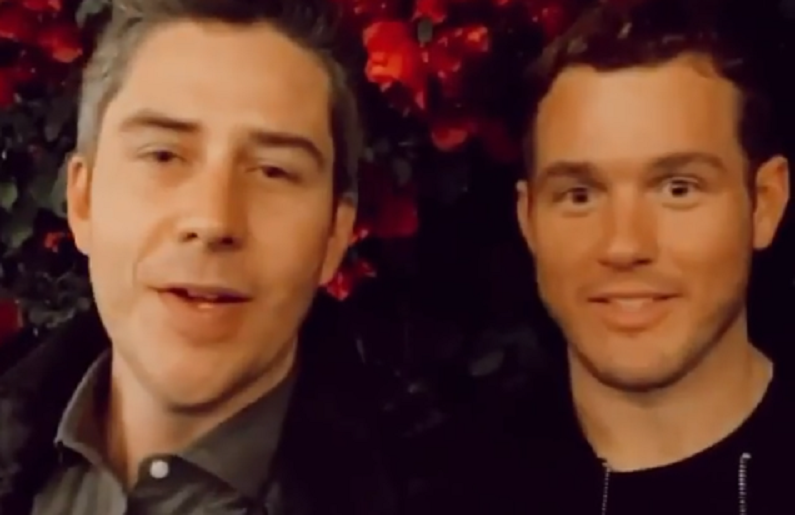 Arie Luyendyk Jr. is self-isolating like most of Bachelor Nation right now. Most people have to find new and unique ways to keep themselves entertained at home. Arie decided to open up about what it’s like to be on The Bachelor. Find out why he compared self-isolation to being on the popular reality show.

As per Showbiz Cheat Sheet, Arie and Lauren Luyendyk answered fan questions in a special video titled “Secrets of The Bachelor.” The video showed the couple cozied up on their couch in similar onesies. There was also an interesting theme when it came to answering questions about their time on The Bachelor.

That theme was self-isolation. This is something that everyone can relate to right now. There are no feelings of FOMO because no one is doing anything. Arie was already prepared for this exact moment. He revealed that being on the dating series was similar to self-isolation. It’s ironic since the show is about finding love.

A fan asked if the contestants who didn’t go on a date during the international trips were free to leave their hotel.

“You can’t,” Arie Luyendyk Jr. admitted. “You actually don’t leave your hotel unless you’re on a date.”

Lauren chimed in and said there was an exception to this strict rule.

“Until the very end when there’s not that many girls left,” she said.

Arie agreed with her and said that each contestant gets a designated producer when there are four women left. This allows for more freedom. While this rule may sound severe, Arie said there are several reasons why contestants can’t come and go as they please.

“No one has cellphones, if someone got lost or they got hurt outside of filming it would be a big liability for the show,” Arie continued. “So they really keep everyone together that’s in the house.”

Contestants had to keep themselves entertained

He also added that the Bachelor can’t leave either, so the producers have total run. Another fan asked what the contestants did in the house together?

“We threw nail parties,” Lauren answered. She also admitted that the women didn’t get together and talk about Arie when he was out of the room. Instead, they would focus on their beauty regimen.

Most people are staying home due to the coronavirus pandemic. Lauren likened self-isolation to The Bachelor. Now, Bachelor Nation knows how the reality stars feel.

“Just like anything you would do to keep yourself busy when you’re locked in your house. Which is kind of familiar for all of us right now.”

That’s when Arie joked that self-isolation is a lot like being on the show. However, he clarified that there were less things to keep them entertained while being on the show since they were without technology.

Bachelor producers also had control over who gets a rose

Apparently, the producers have a lot of control over the rose ceremonies as well. Arie Luyendyk Jr. talked about this in his latest YouTube video.

“I guess the first night really goes through how he’s feeling about some of the relationships at that point,” Arie continued. “Then there’s ones toward the bottom I would say at that point. And producers do have their input on who they feel is best for you.”

He explained that the producers were like his friends at that point. They get to know The Bachelor as well as the contestants. They’re the only people that the cast would get their input from. Arie found it helpful when he had time deciding between two people. He also denied the claim that producers keep certain people around for drama.

“So a lot of times though everyone at home feels the producers have it out for the bachelor or to try to make drama. A lot of times it’s in their best interests as well.”

The producers don’t outright choose people for the lead star. But they offer their input when it comes to difficult decisions.

Arie and Lauren Luyendyk are obviously the right match. The producers did well there.

Check back with TV Shows Ace on the latest news of The Bachelor.