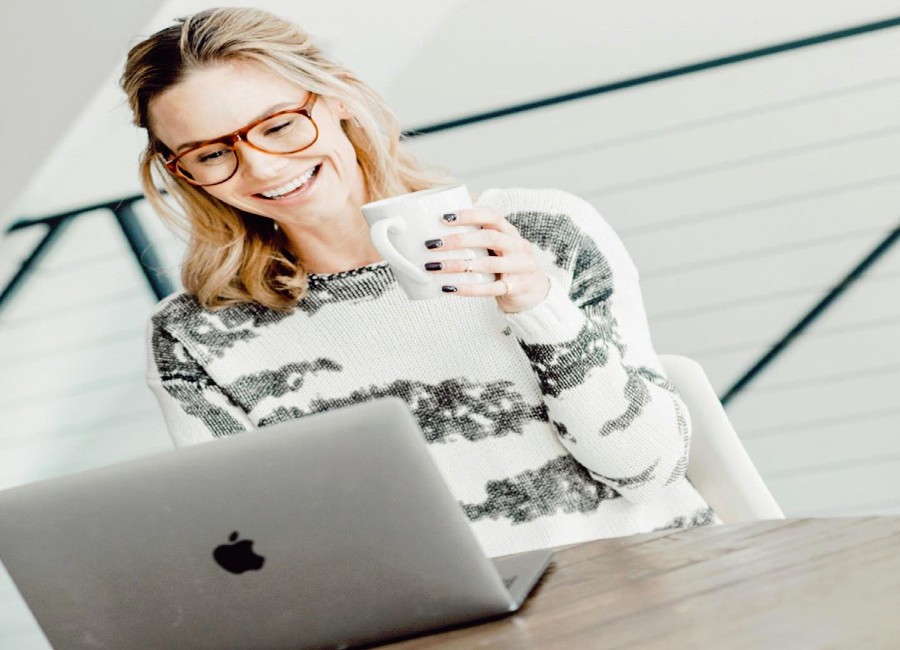 From ‘masterdating’ to online dating. The Real Housewives of Orange County alum Meghan King Edmonds is tipping her toe in the dating pool. That dating pool looks a little different amid stay-at-home orders in many states.

While Jim is already cohabitating with someone else, Meghan has been reluctant to move on. Back in January, she revealed that she was trying “masterdating.” As TV Shows Ace reported, that means dating oneself.

But now it seems the RHOC star is ready for a date for two. Except she can’t go anywhere.

The Daily Dish reports that Meghan has found the perfect way to date without breaking quarantine. Video chatting. She says,

I am kind of in the dating world a little bit, and I’m on apps. And It’s been so interesting because I’ve been having Facetime dates.”

She finds that type of dating “no pressure” compared to the traditional dates. In fact, she thinks a social-distancing date at the moment would be an “awkward date.”

Instead, she pours a glass of wine and “cheers” with her date on Facetime.

Meghan points out that none of her dates are at the serious stage of introducing them to her kids. In fact, she says it would take someone “special” to get to that point. The former RHOC star is optimistic that it will happen, but not for “a long time.”

The Daily Dish also reported that the RHOC star’s ex says she broke the custody agreement by taking their three children to California. A source says, “Jim had no idea Meghan was taking the children, one of whom had a fever, on a plane to Los Angeles.”

Meghan’s rep clapped back and said that Jim handed the kids off to Meghan to go party in Nashville with his new girlfriend.

The Intimate Knowledge podcaster posted on her blog last week that the family’s pediatrician recommended the kids stay with the parent they were with when the pandemic hit. Meghan had the children by the time states starting locking down.

As TV Shows Ace reported, Jim spent Saturday in the hospital getting tested for coronavirus. Those test results haven’t come back yet, but he does have pneumonia.

The Real Housewives of Orange County’s Season 15 began filming before the coronavirus but is currently on hold, as are many other television shows. Check back with TV Shows Ace for updates on when filming will resume.