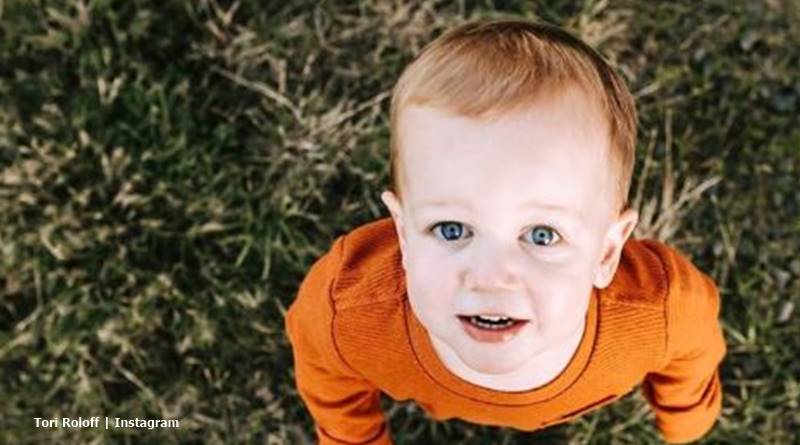 LPBW comes to TLC in just a few days. Ahead of the premiere, Zach and Tori took to Instagram via TLC‘s account to share a video of Jackson’s milestones. Plus, they shared about their self-quarantine routine. Zach also talked a bit about what we’ll see in the new season. But the cutest bit featured Jackson, so very proud that he’s now fully potty trained.

TV Shows Ace reported that Matt Roloff spoke about the possibility of a spin-off with TLC in the future. We suggested that certainly, Zach and Tori’s fans would tune in if they get their own show. The couple fast became fan-favorites, especially as Jackson grows into an adorable child. The arrival of their new daughter Lilah also brings a lot of interest in the young couple. Now, they made a video about some Little People, Big World scenes we can expect to see soon.

The video’s just shot on their own phone camera, but it brings an insight into their daily lives with the coronavirus epidemic. It shows them doing chores around the house, spending time with the kids, and Zach talks about the old stuff Amy gave back to him. He also tidied up his office, which he says we’ll see in a terrible state in the new season of LPBW. But as usual, Jackson steals the show for cuteness. This little clip alone shows the scope for a spin-off for Tori and Zach.

The Hollywood Gossip reported about a year ago on some of Jackson Roloff’s milestones. Back then, they noted that Tori announced he’s trying to pull himself up. But even then, his sense of humor got Zach and Tori in stitches. The cute little guy really moved on since then. In the video Zach recorded now, Jackson showed his bedroom, his playdough, his scooter and helmet,  and seems thrilled about his big-boy underwear.

You can watch the clip by the LPBW family further down. In the meantime, let’s take a look at how Little People, Big World fans reacted to the video. One follower wrote, “Loved this! Thank you…God Bless you all! We love you 👍🏻❤️.” Another one commented, “Luv yr family and jackson well done being potty trained, well done.👍❤️😘.” Then, this person wrote, “Beautiful family. Jackson is really cute. The new baby girl can’t leave her out adorable. Can’t [wait] for the new season.”

#LPBW's @zroloff07 and @toriroloff keep busy while staying at home during these unique times. …not to mention that Baby Jackson has hit a milestone or two! Time keeps moving! How have you been connecting with your family and loved ones? ❤️ #EveryoneNeedsALittleTLC #StayHome

What did you think of the update video that Zach and Tori shared via TLC on Instagram? Do you love the way little Jackson’s so proud of his big-boy underwear? Sound off your thoughts in the comments below