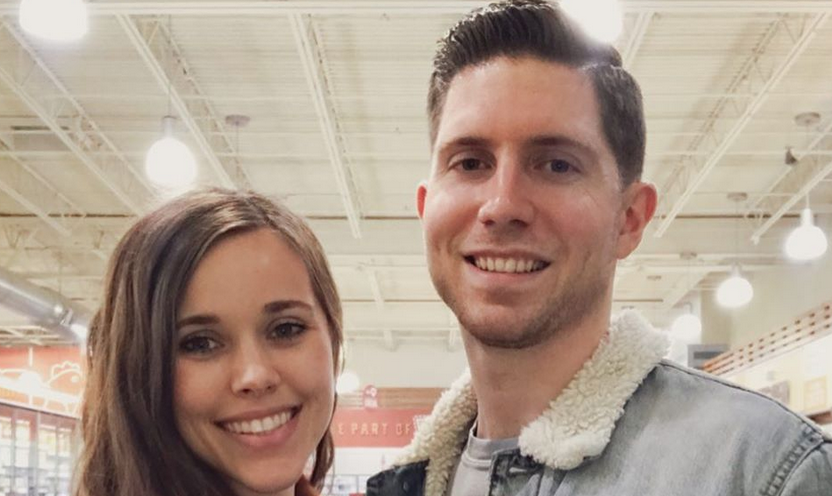 Ben Seewald and Jessa Duggar are practicing social-distancing like much of the world is. They have been sharing about their time as a family. Based on their social media pages, it looks like they’re enjoying their time outdoors. Jessa has shared about family walks and playing outside with the kids. As difficult as these times can be, it looks like they’re making the best of it.

Jessa also revealed that she and Ben are distancing themselves from Jim Bob and Michelle Duggar’s home. So, they’re enjoying their time as a family of five. Ben and Jessa have three kids, Spurgeon, 4, Henry, 3, and Ivy, 10 months.

The most recent activity that Ben and Jessa have done with their kids is popcorn stringing. Jessa shared a series of photos and videos on Sunday. In one video, they’re singing. The rest of the pictures and videos feature the kids working on their activity. Henry made a beard out of his popcorn, and Spurgeon made a necklace. Ivy stood by and watch her brothers while they worked on the activity. Jessa’s sister, Jill Dillard, shared other fun activities to do during these times, as reported by TV Shows Ace.

Duggar fans thought that the activity looked like fun. It certainly seems like the boys are enjoying themselves. But, not everyone had something nice to say about Jessa’s post.

Jessa’s followers had a lot to say about her new post. And, once again, Jessa got mom-shamed. A lot of her followers pointed out that it doesn’t seem safe for the kids to be using needles. One said, “i’d be so nervous to give my kids needles! lol you’re a brave mama.”

Someone else pointed out that Ivy is standing next to the boys while they work on the activity. Since she’s only 10 months old, some fans are worried she’d eat the popcorn and choke on it. One follower questioned Jessa and wrote, “Popcorn around a baby? Geesh.”

One Duggar fan defended Jessa, saying, “cross stitch needles are not that sharp. And when they sting themselves they know that hurt so they won’t do it again. 😂 Or maybe they do.” Another called Jessa a great mom and said “Thats great fine moter skills.”

At this point, Jessa has chosen not to respond to the fans’ concerns. And, it’s unlikely that she will respond. She’s already answered a few questions on the post, including where Ivy’s dress is from. She also translated Henry’s speech for her followers. So, maybe she’s letting the mom-shaming go this time around.

So, do you think this is a safe activity for the kids? Share your thoughts below.