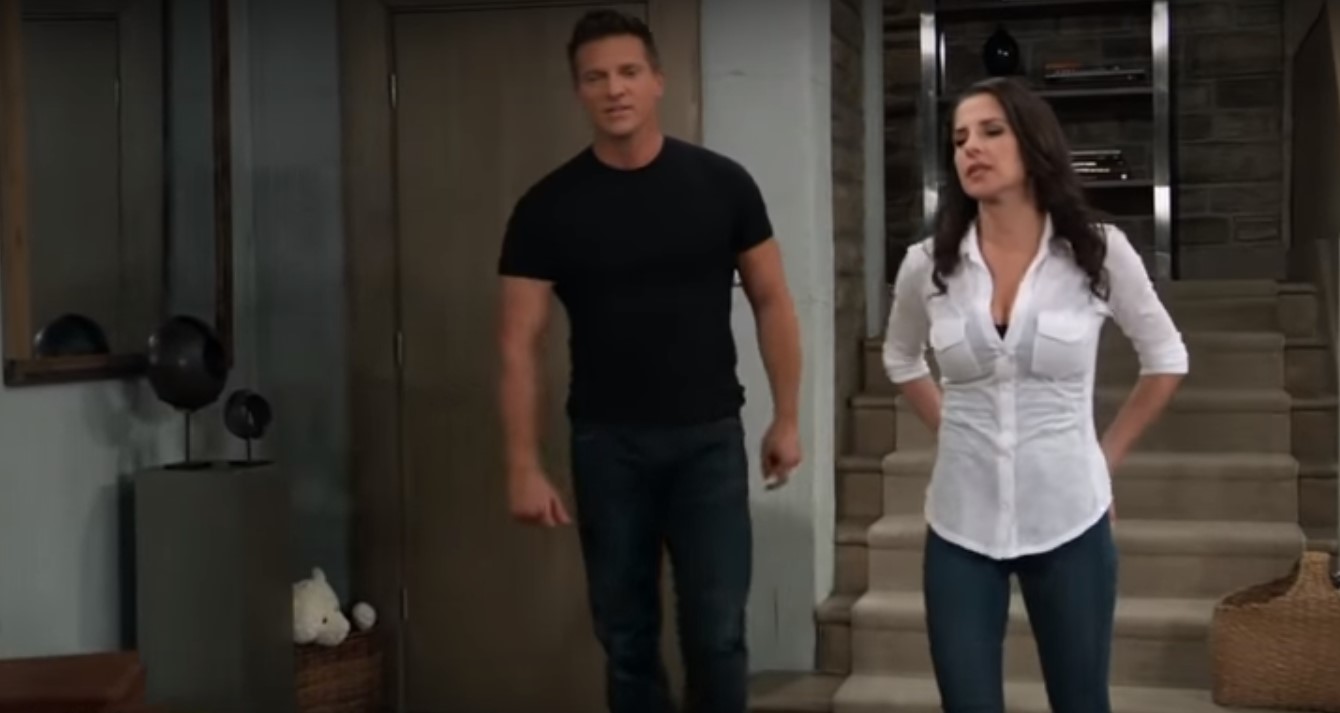 In General Hospital spoilers for the week of March 30, despite her parole conditions, Sam McCall (Kelly Monaco) would do anything to be with Jason Morgan (Steve Burton) again. However, Jason may have to face a heartbreaking choice of ending his relationship with Sam and their family.

Spinelli tried to get dirt on Delores

Last week on General Hospital, fans watched Damian Spinelli (Bradford Anderson) tailing Delores Padilla (Andi Chapman), Sam’s probation officer. This was after he overheard Delores’ phone conversation. When Spinelli told Sam what he was up to, she warned him to be careful not to get caught.

However, it seems Spinelli wasn’t being careful enough. As reported by IBT, after he followed Delores into a bar, he discovered she is in the midst of an affair with a local councilman. Delores caught Spinelli following her and threatened him with arrest.

Spinelli got lucky, as Alexis Davis (Nancy Lee Grahn) managed to change Delores’ mind, but only on condition he and Sam do not expose her affair.

GH spoilers also tease Jason giving Sam a strong warning. While he wishes he could be in a relationship with her, Jason isn’t willing to risk her freedom. Fans will recall that Sam was almost thrown back into Pentonville for going after Delores. Jason wants her to stop what she is doing and properly serve out her parole.

Does this mean Jason will have to reconsider his future with Sam? Will there be no more Jasam or will things improve for them at a later date?

I love how hard Sam went in for her family today! What she’s going through is ridiculous and unfair. Jason is the father of her children-it’s too much2keep them apart this long! #JaSam #JaSamStrong #GH pic.twitter.com/24DdgLyHkg

Jason concerned about Cyrus and his family

Spoilers show Jason wanting to distance himself from Sam, at least for a while. However, together with Delores’ threat to throw Sam back into jail, he is also concerned about Cyrus (Jeff Kober) and what he could do.

Cyrus has revealed he wishes to set up shop in the town. Being who he is, the criminal obviously won’t hesitate to remove anyone blocking his way. As fans know, Cyrus has in the past tried to kill Sonny (Maurice Benard) along with his family. Spoilers hint Jason will now worry whether his loved ones will be next on Cyrus’ list.

Now fans will have to wait to find out exactly how far Jason is willing to go to protect Sam and the family. Keep watching General Hospital on ABC weekdays at 3 pm EDT to see the storyline progress.