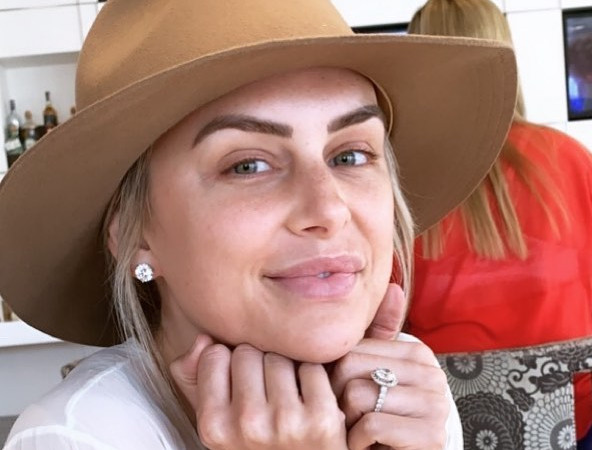 2020 was supposed to be the best year of Lala Kent’s single life. The Vanderpump Rules star set April 18 as the day she walked down the aisle to marry Randall Emmett. As TV Shows Ace reported, her VPR co-star Jax Taylor spilled the beans about the postponement on Instagram.

Lala and Emmett later confirmed the news themselves. The new wedding date is in July.

Lala and Randall were both counting down the days on Instagram until their wedding. The couple were forced to hit ‘pause’ on marriage bliss after many states advised against group gatherings.

During her recent podcast episode, Lala and her movie producer fiance opened up about the difficult decision. The VPR star got emotional talking about how the wedding date was marked in pen in her planner. She said, “I didn’t think I would need to erase it at any point.”

Randall tried to reassure Lala and console her. He told her she has the right to be sad. He admitted on Give Them Lala…And Randall that they both had a “full-out cryfest” when realizing they had to postpone the wedding.

A new episode of Give Them Lala… with Randall is up now. Subscribe and listen wherever you get your podcasts ♥️ I love, y’all 🙏

Before the seriousness of the coronavirus set in, the VPR star made a bad joke on Instagram. Lala posted a video of her saying that if she got coronavirus, it would be because God wanted to give her publicity.

Fans Rally Around Lala, Share Their Own Wedding Postponements

Soon after the backlash came, Lala went dark on Instagram. She posted that she was going into self-imposed quarantine. However, she posted her podcast taping earlier this week.

Many fans shared that their weddings have been affected, too. They agreed with Randall that Lala has every reason to feel sad, even if others are going through worse.

Randall continues to post on his Instagram, confirming the news about the wedding moving to July. As fans may know, Randall was in Puerto Rico filming his first feature film as a director. Due to the coronavirus pandemic, filming was halted for the time being.

The movie producer-turned-director often posts photos from his time in Puerto Rico, saying how much he misses the cast and crew. The cast includes actress Megan Fox and rapper/actor Machine Gun Kelly.

Randall revealed on Instagram earlier this week that he spent his birthday in quarantine.

Happy Birthday to me! It’s been a crazy few weeks for everyone! Today I’m just grateful to be healthy and alive, with my family and kids. I’m grateful to know my parents are safe and healthy as well as my friends. Period. Life has thrown everyone through a life changing experience and I am happy I am to celebrate today with my loved ones! Also I will be doing face time shots tonight starting at 6…. lol, seriously! #happybirthday #quarantine #stayhome

The Season 8 reunion usually films in April but Bravo temporarily stopped production on all shows.

‘Proud Mama’ Amy Halterman Shares HUGE Baby Gage Update
Could Hallmark’s ‘Good Witch’ Continue With Movies?
Josh Duggar’s Arrest May Not Be The REAL Reason ‘Counting On’ Is Over
‘Sister Wives’ Janelle Brown Admits To “Stalking”?
Will There Be ‘When Calls The Heart’ 2021 Christmas Movie?