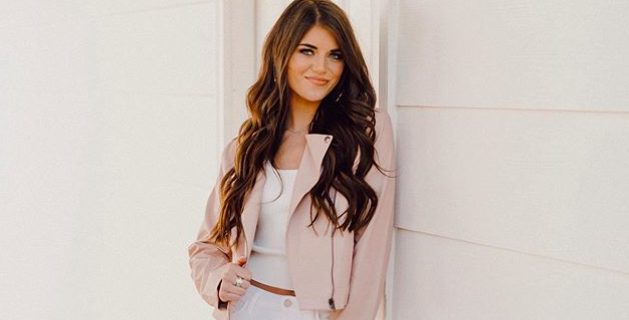 Peter Weber had a train wreck Bachelor season. Between getting engaged to Hannah Ann Sluss and then breaking it off and his mother yelling at Madison Prewett, it was just doomed. Now that the dust has settled and fans are watching what the girls are doing and how they’re interacting, it seems some of them are moving on. Madison and Peter went their separate ways once the Final Rose aired. There have been rumors she and Connor Saeli are connecting. Connor Saeli was a contestant on Hannah Brown’s season of The Bachelorette.

Peter Weber let Instagram know when their relationship was over. He posted, “Madi and I have mutually decided to not pursue our relationship any further.” He went on to say he had tremendous love and respect for her. When it comes to dating Connor Saeli, Madison has put those rumors to rest.

Connor Saeli is known as the guy from her season who left sticky notes all around her hotel room. He was trying to make her feel better when she was sick, but he didn’t last long. Then he went onto Bachelor in Paradise where he dated Caelynn Miller-Keyes before Dean came back. He then left BIP with Whitney Fransway, and they dated for a while before going their separate ways.

How Did Madison Prewett Say She Started Talking To Connor Saeli?

Madison Prewett posted on her Instagram about Connor saying there wasn’t anything going on. She said, “we are not together. I am not with anyone right now. I am focusing on myself and taking it one day at a time.” She said that they had talked to each other.

According to The Cheat Sheet, Prewett said, Saeli reached out to her right after the finale and sent his support. She said, “he seems like a really sweet guy. Really sweet, but that is it.”

Of course fans of Bachelor nation hope something else is going on. They want both of them to find love after Madison didn’t work out with Peter and Connor didn’t stay with Whitney Fransway.

Has Connor Saeli Said Anything About Madison?

Madison Prewett isn’t the only one who has said something about the two of them talking. On John Paul Jones show he said, “wait Connor, we’re having a talk. I remember her being very together and very purpose driven. She’s got her stuff together.” Seemingly he was implying Connor didn’t have his together as much as she did.

Saeli instead of saying anything to the rumors just started to laugh. Then later Mike Johnson asked him if they were dating and he said, “I don’t know, we’ll see.” Fans will continue to follow along to see if the two take it to the next level. .