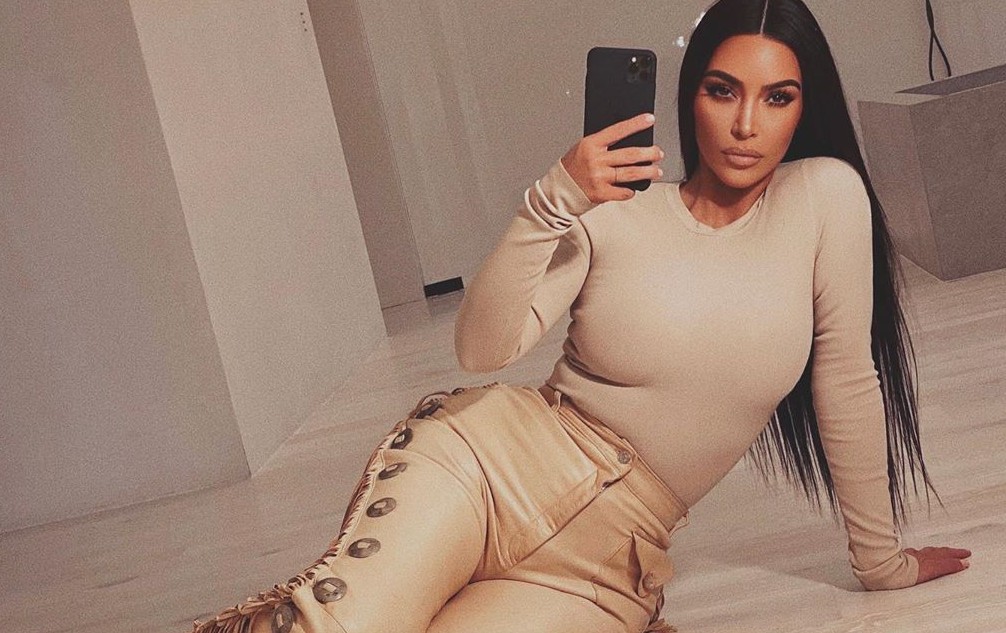 Kim Kardashian West has a massive following on social media.

KUWTK star Kim Kardashian West has an explosive following on Instagram of 164 million people. So, it goes without saying that her Instagram posts get a lot of attention. Sometimes, however, Kim posts something extra hot and steamy. When the beauty mogul does this… She tends to set the social media platform on fire.

Less than 24 hours ago… That’s just what the reality TV star did.

The beauty mogul shared a snap of herself rocking a nude bodysuit.

Fans of Kim Kardashian likely did a double take when they checked her Instagram profile in the last 12 hours. Why? Well, it almost looked like Kardashian shared a fully nude snapshot of herself. Upon closer inspection, Kardashian is wearing clothing.

Standing with her side to the camera, Kim rocks a nude colored body suit with bra straps supporting her curvaceous bosom.

The nude colored bodysuit hugged Kim Kardashian’s voluptuous form in a way that put every curve on her body on full display.

To support Mothers and Children in need during this time, I’m proud to announce @SKIMS is committed to donating $1M to families affected by COVID-19. On Monday, we will restock the collection we first launched with, and in doing so, be able to help bring relief to those affected by this pandemic. Shop the Solutionwear restock on March 30 at 9AM PST / 12PM EST. Photo: #VanessaBeecroft

From the waist down, the bodysuit hugged Kim Kardashian’s form so snugly it almost looked as if it was painted on her skin.

Kardashian had her long, raven-black locks pulled back into a pony tail. They draped down her back. Most assumed this hair style choice was to keep the focus of her followers on the way the nude colored bodysuit rolled with her curves.

The sizzling snap came with an important message.

Things are hard right now. With the coronavirus sweeping across the United States… People are struggling. Kim’s post was about more than just showing off her incredible figure. It was also about sending a message.

Solutionwear Restock — Coming on March 30 at 9AM PST / 12PM EST. To support mothers and children in need during this time, @SKIMS is committed to donating $1M to families.

SKIMS, Kim’s company behind the bodysuit, wanted to help families. They are “committed to donating $1M to families” in order to “support mothers and children during this time.”

What Kim’s followers think of the nude bodysuit snapshot and the message?

Kim Kardashian’s followers were intoxicated by the nude colored bodysuit. Who can blame them? She looked incredible. Unfortunately, her followers weren’t feeling the promotion in the post. Why? Well, people were short on funds right now. With so many people out of work… They didn’t have the money to put toward an overpriced bodysuit. Even if it was for a good cause. Many questioned why Kim didn’t just open her own purse. In fact, here’s what some frustrated followers had to say:

What do you think about Kim Kardashian’s nude colored bodysuit snapshot?