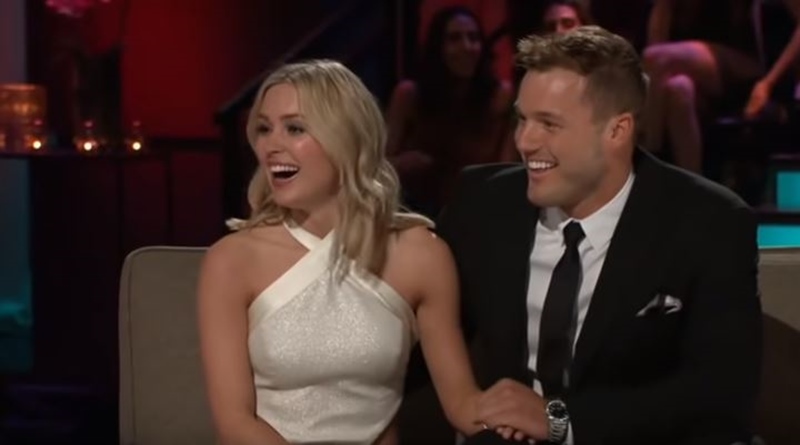 The Bachelor alum, Colton Underwood and Cassie Randolph stayed together after the end of his season. But, they didn’t get engaged at the end of his season. In fact, Cassie wanted out and she told him that. But, they decided to try and make a go of things after the cameras stopped rolling. Now battling the coronavirus, Colton’s being looked after by Cassie. But, he’d like to finally become engaged sometime this year.

The Bachelor – Colton’s got coronavirus, his book’s out month-end

TV Shows Ace reported that Colton tested positive with the coronavirus. At the moment, he’s with Cassie, but self-isolating. She’s making sure he’s looked after right now. Colton admitted he didn’t initially self-distance all that much, and now he’s sick, he regrets that deeply.  It’s obviously a worrying time for both him and Cassie. Although young and fit, Colton updated his fans on Instagram, telling them, “Breathing is challenging, the best way to describe it is feeling like I only have access to 20% of my lungs. I can only imagine how people with pre-existing health conditions feel with this.”

But Colton’s got things to look forward to which hopefully help his mindset as he fights off the disease. His book that he wrote releases March 31. The First Time details his journey through The Bachelor show, and also reveals more about him as a young person growing up. Interestingly, he revealed in the book that he and Cassie actually split for a while after the show ended. People noted that they couldn’t do the separation thing.  They soon missed each other and picked it up again. Now, he thinks about getting engaged and he’d like it to happen this year.

Hi, just wanted to give you a health update. The last few days were rougher than I expected. The most prominent symptoms are my cough, night sweats and shortness of breathe. Breathing is challenging, the best way to describe it is feeling like I only have access to 20% of my lungs. I can only imagine how people with pre-existing health conditions feel with this. I’ve been journaling throughout this and I’ll share some of those soon. This morning was the first time that I’ve felt any real type of improvement since the beginning of this. Im hopeful that I’ve turned the corner and will be back to 100% soon. We are very lucky that all of this was manageable at home after getting the proper medicine. I’m on the third story of the Randolph’s home, isolated from the rest of the family (The Health Department called and spoke to both Cassie’s mom and me to make sure we understood timing and what to do). When they make food they make an extra plate and drop it off and have been checking on me regularly to make sure I am comfortable and breathing! They have been amazing and have been taking great care of me. Stay positive people…We got this!

Colton’s keen to become engaged this year. It seems like Cassie held back from committing straight away. She wanted to make sure they really were in this for life. Even Colton admits too many steps get missed in the ABC show. Fast-tracked, it’s not like real life. Cassie simply won’t be pressured into a quick engagement. But, as Colton says, they talk things over and communicate a lot as they deal with the daily obstacles of life.

Communication’s so important, so maybe by taking it carefully and talking about things, its a slow but steady way to know each other before a commitment. Cassie already said if she’s in it then she’s in it for life. So, when they do commit, it looks like The Bachelor couple plan on taking it seriously. Fans wait for Colton to proses to Cassie. While it might not happen immediately, he thinks both of them want it this year, he told People.

What do you think about Cassie and Colton thinking about getting engaged this year? Do you think that possibility and the upcoming release of his book help his mindest right now? Sound off your thoughts in the comments below.