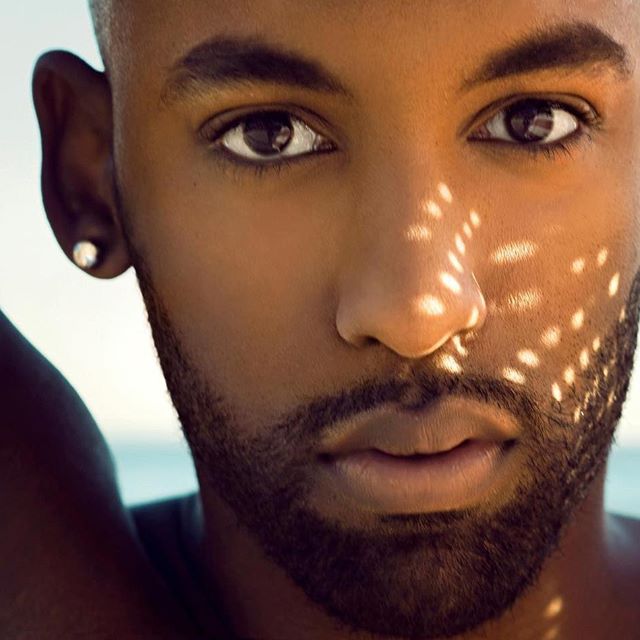 Netflix’s Love is Blind is reality television’s newest binge watch. The show follows six couples in an experiment. The premise of the show is to test the hypothesis, “is love really blind”?

During the first phase of the experiment, the singles date in “the pods”. The time in “the pods” is only ten days and engagements can happen at any time. The singles only hear their date through a wall and try to make an emotional connection through conversation. During this phase, Carlton Morton and Diamond Jack find love (or do they?). After a few short days, Carlton proposes to Diamond.

CheatSheet reports more on Carlton’s Love is Blind storyline. Carlton spills the tea on if he has any regrets about being on the show, what drives his decision to speak about his sexuality on television, and more.

In the next phase of the Love is Blind experiment, the newly-engaged couples travel to a resort in Mexico. Viewers notice the tension between Carlton and Diamond.  What viewers know and Diamond doesn’t know is -Carlton is sexually fluid. Carlton previously dated men, he explains in confessionals and a difficult conversation with Diamond.

Diamond takes the night to process the knowledge bomb that Carlton drops on her. Ultimately, the follow-up conversation leads to a heated poolside argument (including racial slurs). The argument disturbs fans. In the end, Diamond throws her engagement ring in the pool and returns home, single.

Without hast, trolls go to social media throwing shade (and worse) at Carlton and Diamond. Sadly, both claim on the Reunion episode that they’ve had death threats since the poolside argument episode aired.

On March 24th’s episode of Love in Sight with Giannina Gibelli podcast, Carlton joins, host and co-star from Love is Blind, Giannina. Carlton and Giannina discuss Carlton’s life during and after the show. Carlton says he, “recieves a  lot of backlash from fans that felt he could have handled the situation better.”  Carlton goes on to say, “People apparently think I’m like a horrible person who hates women and that’s just not the case. So I’ve just been trying to do everything I can to protect my mental health at this point.”

Who wants to play a little self-quarantine game? 😈💙 What are you doing to entertain yourself? Well, I’m over here currently trying to decide if I want chicken or shrimp. There is no more wine. The snacks are gone. Not a bae in sight. And yet, here we are… Lol! Are y’all enjoying social distancing? Tell me in the comments. Let’s talk. 💙 Bingewatch #LoveIsBlind

Giannina asks Carlton if he would have done anything differently. His perplexing response is below.

“I think I would have not reacted. There was definitely an emission of certain slurs and different things that were thrown at me that moment. I would have reacted different to those things, those triggers. I would not have shut down so easily. And, to be honest, I probably would have gone with my other choice for proposal person.”

If you’re like me, you don’t remember who his other “proposal person” is. Luckily, CheatSheet does. Briana Holmes (center, below) raves on Lauren Speed, one of the success stories of the show, and her husband, Cameron Hamilton. CheatSheet sparks fans’ memory by reminding us that Briana, “hates hearing people breathe.” Ummm, what?

Sorry in advance. This post has nothing to do with Cameron (@cameronreidhamilton), but everything to do with (@need4lspeed). When Lauren and I met, I instantly wanted to be like her when I grew up. I still tell her this because it’s true. Everything about Lauren made me want to just boss up. We began calling each other sister on set and it’s not for nothing. Six years my senior, Lauren was already what I wanted to be: a boss. She shows up. She tells you exactly what you need to hear, when you need it. She runs after you when you’re running away (literally). She actually deposits into you to help you be better, do better, and change your perspective. She’s exactly who she is supposed to be and be becoming. She’s this amazing Black woman who encourages and empowers. She’s creative and classy. She’s sprinkling black girl magic everywhere she walks. I’m just so proud of her. She deserves every flower and follow. She’s really just that amazing of a human. This is my appreciation post for you, Lauren. I love you lots and I’m so proud of the woman the world is getting to meet. They haven’t even seen a quarter of your greatness yet. So if you haven’t already, follow her because her journey is just beginning… and also watch her and some of the other casts members on @theellenshow today.

Who Told the Tale?

Many fans wonder if Carlton chose to tell his story as it unfolds on the series, or if Love is Blind producers make him openly discuss his past?

Carlton comforts fans saying, “It was definitely something that was not producer pitched, as a lot of people say. Like, ‘Did the producers ask?’ No, the producers were actually very amazing. They did an amazing job at facilitating how my story rolled out as it related to me being comfortable to even roll it out myself.”

“…I may leave this Earth alone. But I will leave this Earth sayin’ I was fxckin’ honest, I didn’t fxckin’ deceive nobody, and I didn’t one of the hardest fxckin’ things!… I’m not a hider! What am I hiding for? Why can’t I be myself?” 💔 Out of everyone on the cast, I’ve had it the hardest. From death threats for living my truth, to horrible misconceptions about what biphobia truly is… it’s insane. People are judging me off of less than 3 minutes of my life and an INDIRECT insult which I tried to fix one sentence later because that’s not who I AM! Y’all won. It’s all good! Biphobia is real and let’s not pretend like people don’t search for an easy exit when it’s something they can’t UNCONDITIONALLY love you for. People are so hateful. It’s all good though.💔 #LoveIsBlind

It’s comforting that this storyline is genuine. “I was reassured several times that even if I didn’t want to say anything, I don’t have to. I don’t feel like anyone else was forced. And I definitely didn’t feel forced or the need to just shout it to the top of the mountain,” dotes Carlton.

“The way the reality show is formatted, I had no choice but to tell the cameras. If I was opening up that day in confessionals about interviews specifically about my life, then I had to tell that story,” says Carlton about the production of reality television.

“That was because I wanted to share it with the one person I fell in love with in the pods. Had that been a conversation on the first day, things would have gotten back to the girls’ side, let’s be real, with the current climate of the way people look at people in the LGBTQ community, no one would have given me a chance.”

You can read more about the other storylines of Season 1 of Love is Blind here while we all anxiously wait for Season 2’s release.