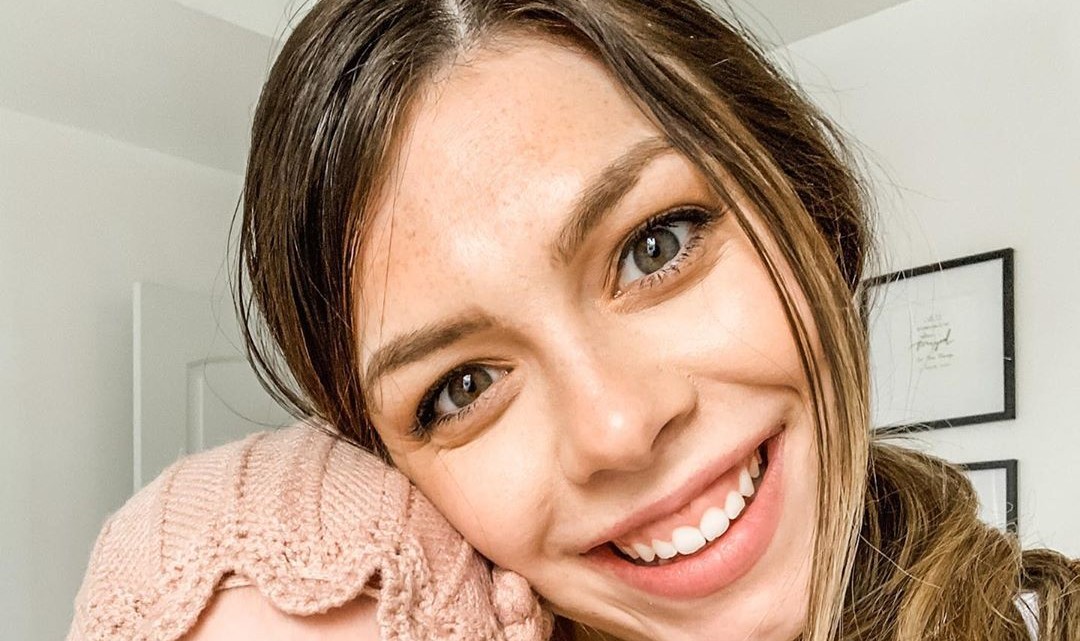 Have you ever looked at a photo of someone and felt like the person in it was intently staring into your soul? That is EXACTLY how Duggar Snarks and trolls feel about the latest photo Lauren shared on her Instagram. And, even some of those who don’t usually criticize the Duggar family, have been quick to agree.

Lauren Duggar shared an intense photo of herself and Bella yesterday.

Less than 24 hours ago, Lauren Duggar shared a photo of herself and baby Bella. The photo featured Lauren with her hair pulled back into a loose pony tail as it flowed down her back and over her shoulder. Her hair looked a little greasy as if it hadn’t been washed in a few days.

Lauren Duggar’s head was tilted slightly as it gently rested on top of baby Bella’s head. Bella rocked an adorable knitted salmon pink bonnet. Both baby Bella and Lauren Duggar gazed at the camera with wide eyes. Notably, one of Lauren’s eyes appeared wider than the other.

Duggar snarks and trolls described the photo as ‘unsettling’ and ‘creepy.’

It didn’t take long for a thread to appear on the Duggar Snark subreddit. Reddit users were quick to discuss their feelings toward the intense photo. For the most part, they weren’t feeling it. In fact, some thought the photo was extremely creepy. Here’s some of what Reddit users had to say about the eerie snap:

One Reddit user noted they had no idea how Lauren Duggar could go through the process of taking, picking, and editing selfies before deciding THIS was the one she wanted to post.

“Your expression is ‘straight out of a horror movie’ level of creepy.”

The Reddit user went on to add that Lauren Duggar was no different from anyone else. EVERYONE is capable of taking a photo with a creepy expression like this one. The user, however, didn’t understand why Lauren decided to share it with the world.

I remember the days when this little girl was a dream and a wish and now she’s here. God has truly blessed us above and beyond with this sweet little angel. 💕 . Today this little girl just wants to be held and snuggled in mommy’s arms. It’s so easy to get caught up in all the things we need to get checked off the list. She reminds me that there are some days we just need to slow down and snuggle.🥰

There were even several Reddit users who clarified they try to avoid judging and snarking on appearance-related topic. These users, however, had a hard time looking past this photo. Even the expression of baby Bella had many startled.

“Not gonna lie, sometimes I think some snarkers on here exaggerate a bit- I don’t always agree that a Duggar/Duggar adjacent looks quiiite as awful as some people say.

But this? This is spot on. This is terrifying. How do both of them look so unsettling? This infant is planning to kill me right after Lauren eats my soul. This picture is a trip.”

What was the purpose of this creepy photo?

Believe it or not, the purpose of this photo was to encourage people to slow down. To slow down and embrace their family. The photo certainly had people slowing down. Unfortunately, most of them were not taking the time to read the caption.

Do you find this snap of Bella and Lauren Duggar creepy? Let us know down below!