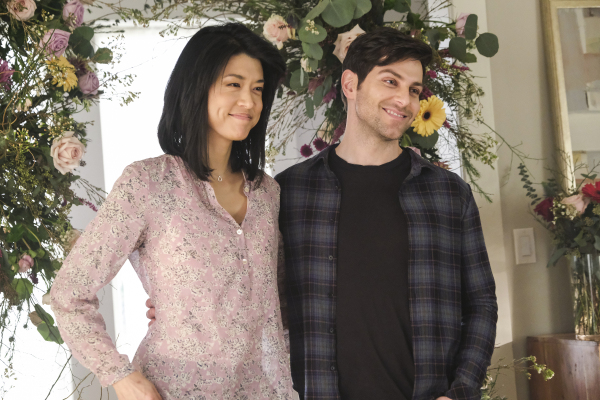 A Million Little Things concluded its second season with a shocking cliffhanger. Are fans going to have to say goodbye to another character? Here’s what we know so far.

Catching you up to speed

The Season 2 finale kept fans gasping in fear throughout the entire episode, but the end was certainly the most nerve-wracking. Eddie found himself in a bar after realizing he may have killed his friend, Alex, many years ago. Luckily, the actions of the drunken man next to him helped him realize how much of a mistake breaking his sobriety would have been.

The final scene showed Eddie calling Katherine on his way out of the bar. Right after explaining that he wanted to renew his vows that night, Eddie was run over by a car. Fade to black. That was it!

Following the shocking scene, showrunner DJ Nash opened up to TVLine about what this means for everyone’s future. When directly asked if Eddie was “dead-ie,” Nash stated, “I’m not prepared to tell you what’s going on there. I will say to you that Katherine and Theo’s life will never be the same.”

Not even David Giuntoli could say exactly what was in store for his own character. When he tried convincing Nash to open up, he was told, “Look, Ron Livingston died in the first five minutes, and he’s an incredibly important aspect of our show.”

What does this mean for Season 3?

Before speculating what Eddie’s fate means for the future of A Million Little Things, we must state that we still aren’t 100% sure if there will be a Season 3. ABC has yet to confirm the show’s renewal. However, Nash noted on Twitter that he was preparing to pitch Season 3 storylines to the network. If all went well, then an announcement should be made soon.

Assuming that the show is renewed, it sounds like we should be prepared for the possibility that Eddie is dead. Personally, I think it’s just a diversion to keep us guessing until the fall. Considering the writers like exploring difficult topics, I’m predicting that Eddie may face complications from the incident. Perhaps he’s wheel chair-bound going forward?

After all, Nash says Katherine and Theo’s lives will never be the same. Alternatively, their lives may be forever altered because they learn why he was at the bar in the first place.

Check out the cliffhanger right here:

Catch up on A Million Little Things on Hulu while we wait to hear the status of Season 3.