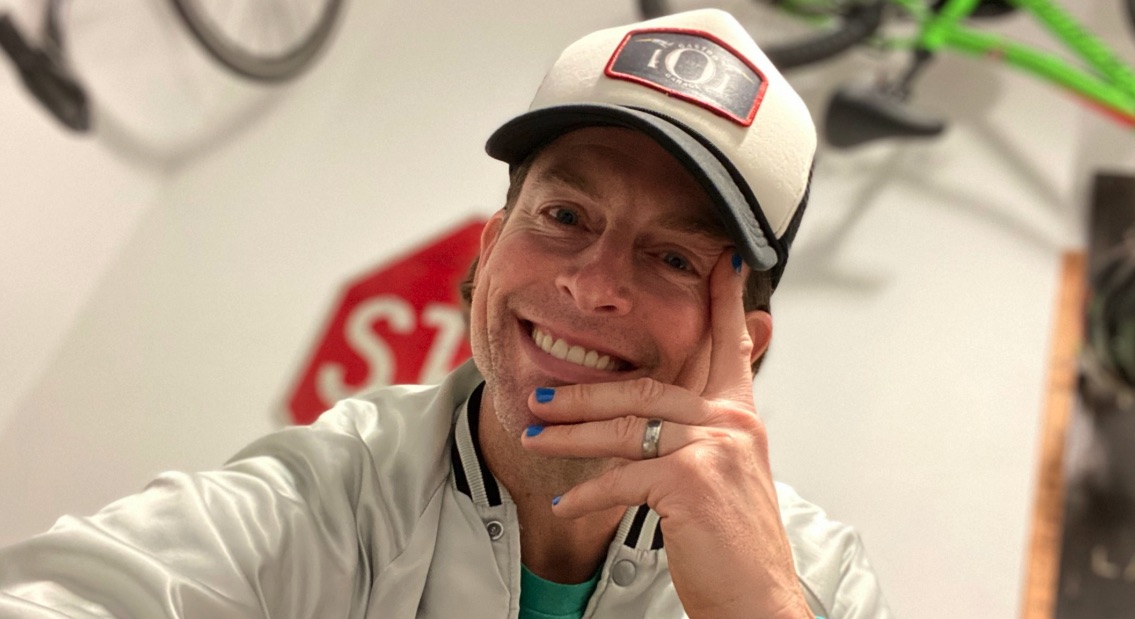 Former Young and the Restless Adam Newman, Michael Muhney, recently shared some exciting news. He has won an award for his most recent work with the movie Sidepiece. What do we know about this award, and what is next for the former soap star?

Michael Muhney’s latest project, a romcom movie short called Sidepiece has been quite a success. Best of all, Sidepiece has brought him some major recognition. According to Muhney’s tweet on Wednesday, he won the best actor award for the movie at the Alternative Film Festival for Spring 2020. The talented actor has now won a few awards for his acting performance in this movie short.

This has been a huge career transition for Muhney. A year ago, fans hoped he would return as Adam Newman. But, instead, they are watching him reinvent his career. Best of all, Muhney is getting acknowledged for his acting prowess. He is certainly one of the most talented actors around. Although he is currently writing about his quarantine, his performance in Sidepiece will certainly lead to more projects.

This has all been a journey for the mercurial actor. It was back in June, TV Shows Ace reported that Muhney admitted that when he lost his job as Adam Newman, he nearly took his own life. Thanks to his wife Jaime, and three children, he has found that family is first. Also, he is now an avid cyclist, biking around Los Angeles and giving him a healthy and relaxing hobby.

Times are tough. But we have comedy and we have @michaelmuhney! Congrats to Michael on ANOTHER Best Actor award for #Sidepiece! 👏👏👏 pic.twitter.com/59lDxVAgM3

What Is Sidepiece About?

Sidepiece is a movie short. This is a romcom advertised as a storyline where “nothing is as it appears to be.” What makes this movie very intriguing is the movie tagline:  “Dating is hard. Especially when you’re married.” According to TV Shows Ace, it looks like a lot of secrets and revelation, not unlike Michael’s previous life on the soapy CBS show.

Sidepiece was written by Teddy Tenenbaum (Ghost Whisperer). The award-winning short also stars Jenness Rouse (Becca On Call) and Minsun Park (You Too). In the movie trailer, Muhney is sitting on a park bench looking casual. His character is a guy named Collin and he is nervously tapping away with his real drumsticks, clearly waiting for someone.

Turns out, Collin is waiting to meet Lucy (Rouse) on a date. Firstly, the two two awkwardly hug, as if they are meeting for the first time. Could it mean that they originally “met” online? But, this could mean some revelations are not true. Secondly, it looks like a clandestine romance. Lucy asks Collin if he has ever done “this” before. Collin goes on, assuming she is talking about using a dating app. Turns out, she meant that other thing, and clarifies, “I meant cheating on your wife.” Collin uncomfortably admits it is his first time.

Lucy makes that very same revelation. Just as the couple is ready to kiss, Julie (Park) interrupts them. Turns out, she is Lucy’s sister-in-law. She shares her excitement that Lucy is finally out on a date. Meanwhile, Collin has no clue as to what is going down. Why is her sister-in-law happy Lucy is dating?

From my photo shoot last Friday

This certainly sounds like a confusing and fun farce. But, right now, Michael Muhney fans will have to wait to catch his award-winning work due to the coronavirus. After the independent film circuit, Sidepiece will be available to stream.

Be sure to check back with TV Shows Ace for the latest Michael Muhney and Sidepiece news.