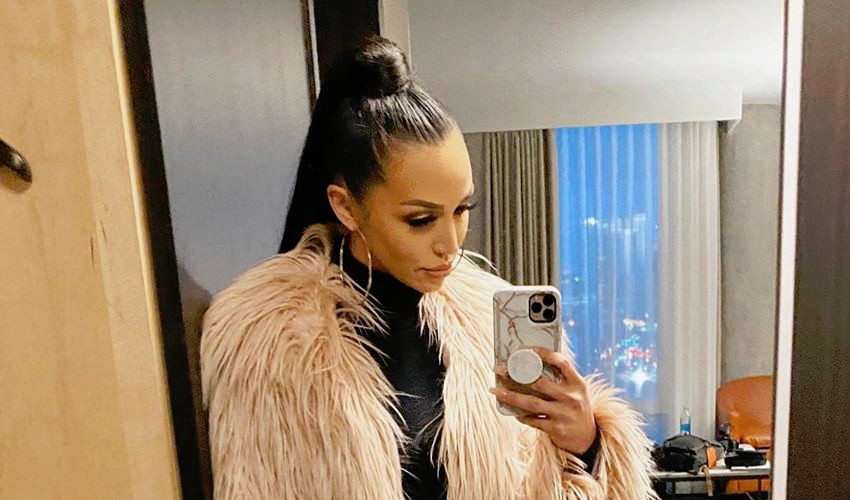 The coronavirus crisis is only bringing them closer as they practice social-distancing together from her home in Palm Springs.

At the beginning of the stay-at-home order, Scheana riled fans with a post on Twitter. The Good As Gold singer asked if any of her local friends wanted to come quarantine in Palm Springs. As TV Show Ace reported, fans attacked Scheana’s intelligence and explained how quarantine works.

As an apology, VPR’s Scheana offered her enchilada recipe. She posted a video on her new YouTube channel of herself making the enchiladas. Scheana mentioned in the video that it was her last night in her Marina del Rey apartment because she was packing up to stay in Palm Springs with three “quarantine buddies.”

Brock, who lives in San Diego, drove to Palm Springs to stay with Scheana at her house. Scheana’s sister and her boyfriend rounded out the foursome. Scheana filmed snippets of each day and posted them on her YouTube channel.

Fans are able to see how the VPR star interacts with her boyfriend. At one point, they recreate the VPR opening with trays of toilet paper and disinfectant wipes. Brock also takes a dip in the pool.

The “quarantine buddies” also play cards, put together a puzzle and watch TV most of the time. Scheana told BravoTV that they each had their own thing going. She said,

“There was one night Brock was playing Fortnite in the bedroom, my sister and Justice were playing Nintendo Switch in the living room, and then I was watching my DVR in the den. We can all do our own things in separate rooms as well.”

Brock is actually a personal trainer and owns a fitness studio in San Diego. Scheana also regularly works out. Gyms have closed in some states, including New York and California.

The couple found a way to stay active while engaging their social media followers. Brock and Scheana take to Instagram Live twice a day for virtual bodyweight workouts. Fans can follow along in the comfort of their own homes.

While Scheana is grateful she can still work out, she prefers the gym. The living situation is only temporary until the quarantine stay-at-home order is lifted.

Check out Scheana’s YouTube video and tell us in the comments your thoughts on the VPR star’s new man.