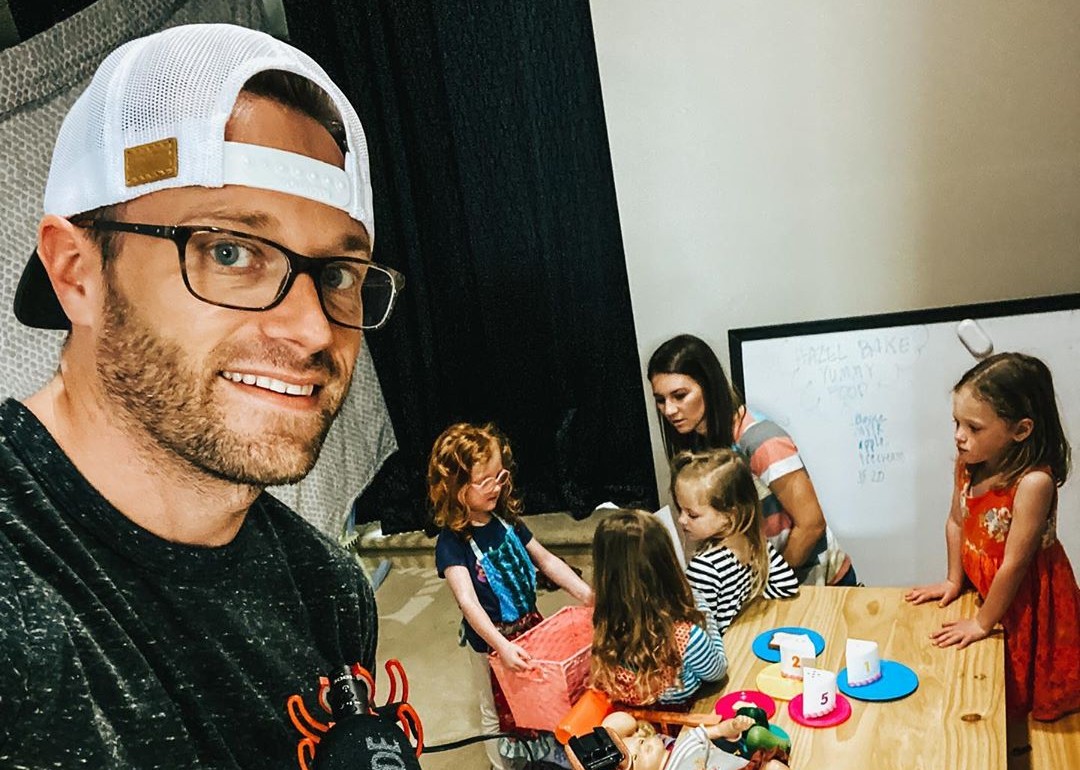 Adam Busby recently shared an adorable snapshot of Ava Lane Busby on Instagram. While the sweet snap has only been live on his profile for a little over an hour… His followers didn’t waste any time showering the photo with a lot of love. In fact, the photo accumulated over 7,000 likes and over 60 comments in just an hour.

Some fans were quick to ask for clarification on which quint this was.

The cute photo featured one of Adam and Danielle Busby’s quints floating in a giant donut flotation. The flotation featured pink icing with colorful sprinkles on top. The adorable quint had a pair of pink swimming goggles tightly grasped in her hand. She appeared to be deep in thought as she gazed at the clear blue rippling water in front of her.

“Which beauty is this? I always get Ava and Parker confused for some reason. Please tell me it’s one of the two.” One follower penned in a comment that has already received several responses.

As those who follow the OutDaughtered family know, Ava Lane Busby was the first born of the quints. She is an identical twin to her sister Olivia. As we’ve previously reported, Ava and Olivia are often described as the goofiest of the quints. Ava is also frequently described as “mommy’s girl.” Fans often see her attached to Danielle or wanting Danielle to pick her up and hold her. Fans sometimes describer her as one of the sweeter quints.

Being that Olivia and Ava Busby are identical twins… It is understandable that fans would get confused when looking at snapshots. Fortunately, there are many OutDaughtered fans with eagle eyes. They were quick to note it was Ava Lane Busby in the adorable photo.

Ava Lane Busby appeared to be deep in thought in the photo.

Even the caption of the photo suggested that Ava’s “wheels” were turning. Many of those quick to comment on the photo agreed with the caption. It certainly looked like Ava Busby was deeply thinking about something.

Several OutDaughtered fans admitted they wished they could know exactly what she was thinking about. Just what was on this sweet little quint’s mind?

Overall, fans of the reality TV family had nothing but positive things to say about the photo. Many gushed over how sweet she looked. Here’s some of what fans had to say:

Catching lizards and attacking trolls with them this morning. #itsabuzzworld #quarantinelife #outdaughtered

Most, however, stuck to single word complements such as “beautiful,” “cute,” and “sweet.”