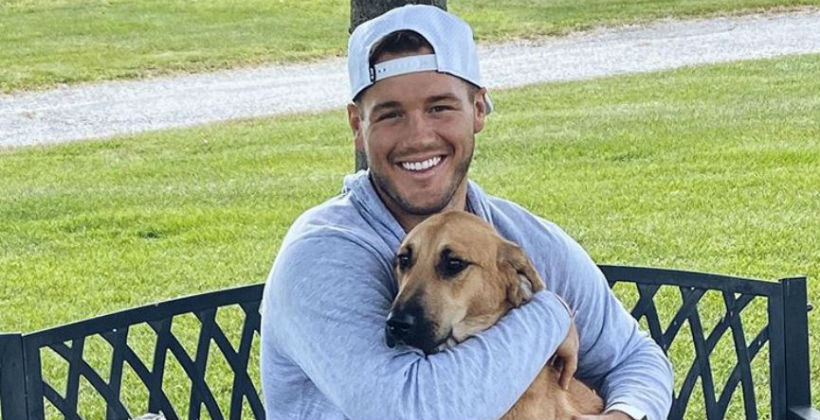 As former Bachelor Colton Underwood recovers from Covid-19, he is also preparing for his new memoir to be released. The new book comes out March 31 and shares an intimate look into his life. One detail Colton is opening up about is that his relationship with Cassie Randolph has not always been in tip top shape. In fact, they actually broke up for a brief period last year.

As Colton recovers, it is Cassie and her family who are taking care of him in California. He spoke with People about it and also about a little known fact. Colton admitted that he and Cassie briefly broke up last August.

He said, “To put it very frank, after the show, we realized we weren’t communicating as well as we once did. Nobody was forcing us to talk about real things going on, so we let a lot of things build up.” Colton went on saying, ultimately, “in a weird way, I kind of broke up with myself. I was like, I feel like we need to figure this out and in order to do that, we need space. She agreed. So it was a mutual thing.”

The split didn’t last long and Colton and Cassie reconciled within a few days. He said, “It was like, ‘I miss you!’ It was a very real and very emotional breakup, but it was also very good to be real and emotional because it forced us to have conversations and move on. Now, we know the flags to look for. When issues start to creep up, it’s like, let’s go have a conversation. We’re trying to be more transparent and honest and really trust each other.”

Day 11. I’m closer to feeling like myself and I am so grateful to have more of my lungs back. I want to thank my doctor and local health department who have done a great job guiding us through this. I’m talking with my doctor about donating my plasma and doing anything I can to help fight this thing. Thank you to everyone who has be so supportive during this time. A friendly reminder that my memoir comes out March 31st! I’m hoping that during this time it helps distract people or you learn something new about yourself while reading it. Continue to smile and spread positivity. ♥️ love y’all

What about their future together?

Colton says they talk about the future all the time. And to many Bachelor fans delight, there could be an engagement coming this year. He said, “We talk and we plan and we have so much hope. If she were here, she’d nudge me for saying this, but I think an engagement is something we’d both like to see this year. No matter what, I don’t want my life without her. Our relationship hasn’t always been easy, but it’s been worth it.”

As far as Colton’s big storyline during his season about being a virgin, he is still being somewhat mum on the subject. Colton holds strong to his faith and his morals and respects everything Cassie stands for as well. It’s a nice change to see this couple so in love. Don’t miss out on Colton’s new book this coming week!