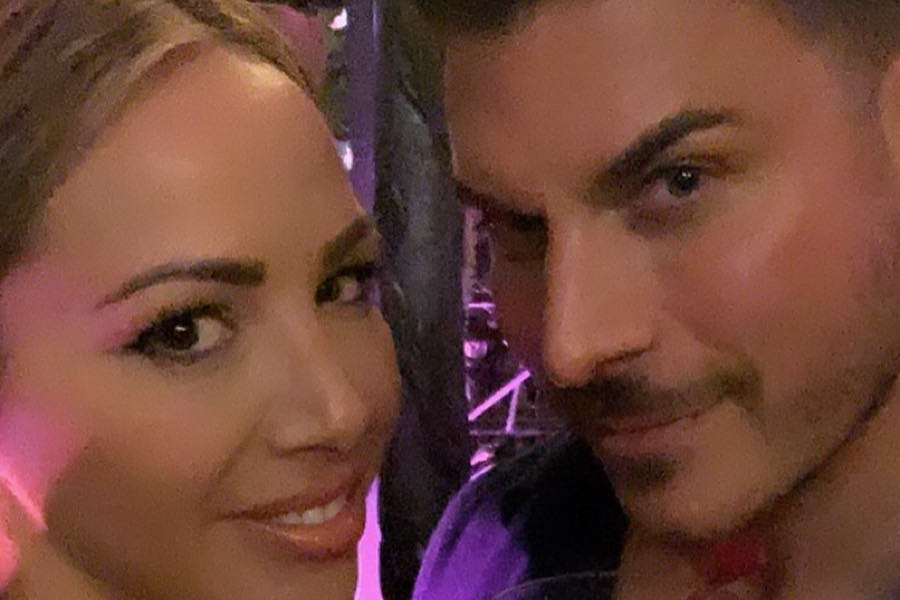 Season 2 of Vanderpump Rules will go down in reality show history books. It all began with a rumor that Jax Taylor and Kristen Doute hooked up. At the time, Kristen was dating and living with Tom Sandoval. Jax had just split from Stassi Schroeder and was trying to woo her back.

The messy details of the hookup outshine anything The Bachelor could cook up. Sandoval was literally asleep in the next room. Jax and Kristen were watching the Ryan Gosling movie Drive when apparently they couldn’t resist one another.

But that wasn’t the only time. Nope. The VPR co-stars hooked up a second time when Kristen stayed at his apartment after a fight with Sandoval. Stassi tells it best in this fan page clip on Instagram:

VPR Hook-Up Leads to Slap Heard ‘Round the World

Kristen’s plan to deny, deny, deny was blown up by Jax admitting the rumor was true. Even when Stassi confronted her friend, Kristen denied it to her face. That prompted Stassi to call Jax over to tell the true story.

As Kristen and Stassi argued, they exchanged words. Right after calling Kristen a “dirty w**re,” Stassi smacked her in the face. It almost led to a catfight if the guys hadn’t intervened.

Needless to say, Kristen’s friendship with Stassi was over. The two did reconcile a few years later. However, they are on the outs again over Kristen’s on/off relationship with Brian Carter. Stassi and VPR co-star feel that Kristen is ‘toxic.’

In the latest episode of VPR, the ‘Witches of WeHo’ ended their friendship for good.

Kristen Reveals Who Tattled on Her and Jax

With the slap and Sandoval punching Jax in the face, no one asked who started the rumor in the first place. In a recent appearance on Heather McDonald’s Juicy Scoop podcast, Kristen gives us the, well, scoop.

Not surprisingly, the source of the leak traces back to Jax. Kristen explains that Jax confided in a mutual friend, who then told a VPR star. Katie Maloney. According to Kristen, the secret “spilled from Katie’s lips” one night when she was drunk.

After revealing the name of the leaker, Heather wanted to know if Kristen would have admitted it eventually. At the time, no. But Kristen believes that eventually the guilt would have caused her to confess.

Ultimately, Kristen views the hookup as a “lesson learned.”

Jax is now happily married to Brittany Cartwright. Jax did cheat on her with another SUR employee, but she got over it.

Kristen’s relationship with Carter is finally over. TV Shows Ace reported recently that Kristen has a new boyfriend.

Despite the havoc they caused, Kristen and Jax still remain friends today. In fact, Kristen recently quarantined with Jax and Brittany at their house.