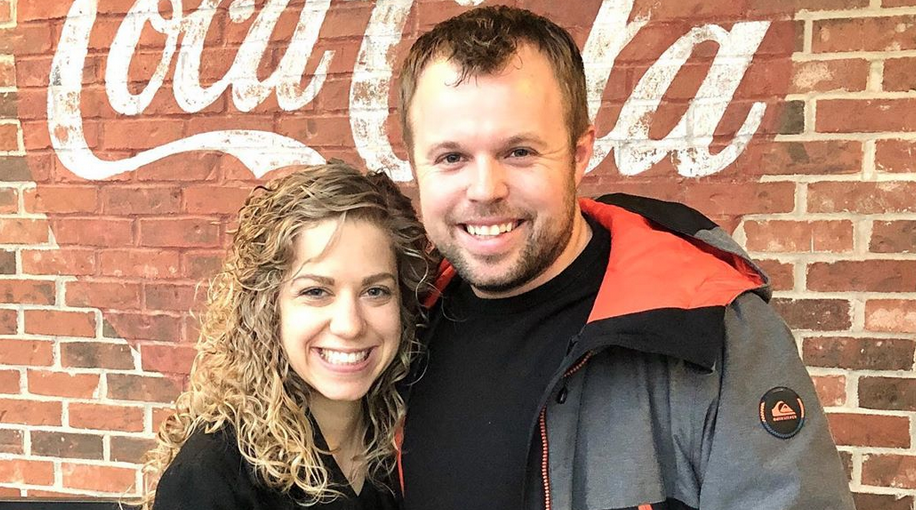 On Thursday, John-David and Abbie Duggar took to Instagram to share a couple new selfies. John and Abbie don’t use Instagram often, so fans always love to see their posts. It’s exciting to get a glimpse of what the couple is up to. And, fans are even more interested now that the two have become parents.

In January, John and Abbie welcomed their first baby to the world. Their baby, Grace Annette, is almost three months old now. She’s growing up quickly, and fans are patiently awaiting an update on her. In the meantime, fans get to enjoy a couple of selfies of John and Abbie, thanks to social media.

John and Abbie get outside while social-distancing

In John and Abbie’s post, they revealed that they were getting some fresh air while practicing social-distancing. They shared two selfies while on a walk. In the reflection of John’s sunglasses, you can see that he’s pushing Grace in a stroller as they walk.

The couple writes, “So glad we can social distance together! ☀️💜” Fans responded and talked about how cute the couple is. They also said they hope the family stays safe during the pandemic.

Right now, most of the Duggar family is spending time apart from each other. Jessa Seewald, John’s sister, recently shared that she and her family aren’t going to “The Big House.” This is what Jim Bob and Michelle Duggar’s home is often called. As Jessa says, her kids are missing their grandparents and cousins. Typically, the family gets together on Monday nights for a family night. This is important to them, especially because they’re so close-knit, but they’re currently skipping it due to the coronavirus pandemic.

So glad we can social distance together! ☀️💜

As fans may know, Abbie is a nurse. As far as we know, she hasn’t gone back to work since getting married to John and moving. But, she does have plans to return to work eventually. Right now, it seems that the couple is focusing on raising Grace. Fans think it’s possible John and Abbie’s kids will go to public school. So, at that point, Abbie might return to work.

Because of this, it’s unlikely that Abbie is working at the hospital during the coronavirus pandemic. It seems that the little family is practicing social-distancing together. Fans are still asking whether Abbie is working. At this point, she hasn’t shared if she is.

What do you think of the new selfie from John and Abbie? Share your thoughts below.