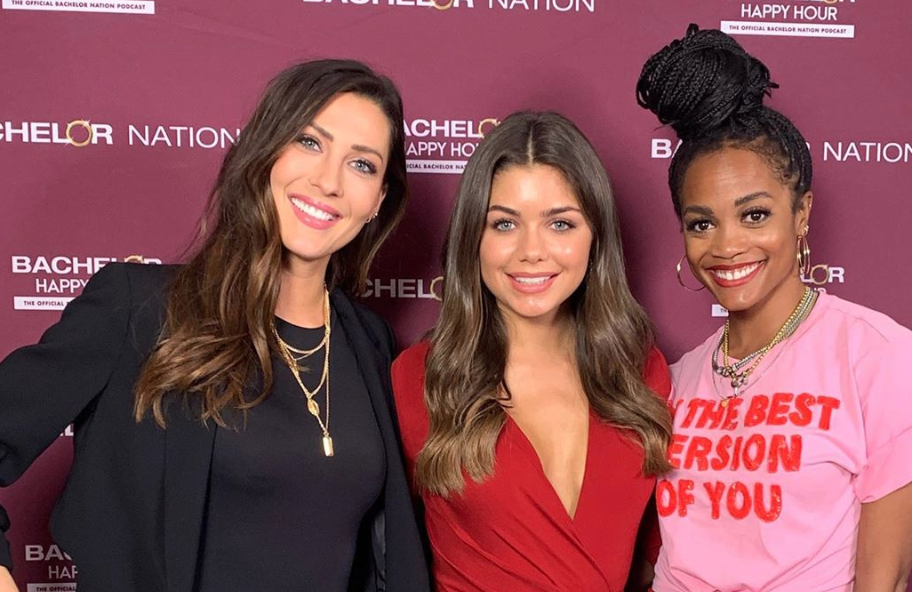 Becca Kufrin has had her share of the spotlight with Bachelor Nation relationships. Now, she’s opening up on Hannah Brown and Tyler Cameron as they seem to have a bit of a fling going.

Hannah and Tyler met during Hannah’s season of The Bachelorette. They really seemed to have a great connection and some really thought Hannah was going to pick Tyler in the end. However, he ended up going home when Hannah B. got engaged to Jed. That didn’t work out and during her season finale, she asked Tyler to go out on a date. They went on like one date after that and then fizzled out as Tyler dated several girls.

Since the quarantine has been in place though, Hannah and Tyler have been stuck together in Florida. Originally, Hannah was there to support Tyler after his mother passed away. They have been couped up together for quite some time now though. They have been all over the video app TikTok performing and having fun together. It honestly seems like at this point, they may end up a couple after this is all over.

What does that have to do with Becca?

Well nothing, but according to US Weekly she’s opening up on her thoughts on the situation. She just wants everyone to let them figure their stuff out on their own.

“If they are single and now they have the time on their hands to figure out if they want this to work, [good for them], but I feel bad,” Becca said. “I just want people to leave them alone and let them figure it out. I feel like they’re getting so much pressure now to be something that if it doesn’t work out, people are gonna go crazy.”

She has a great point. The fans have a way of making relationships way more pressured than they need to be. Even if they aren’t meaning to harm anyone. This is something that has clearly been in the making for a while. They need their time to figure out what they want out of a relationship and out of each other. If it doesn’t work, that’s okay, but at least they could try. It may go a lot smoother if everyone stays out of their business.

What do you think of Hannah Brown and Tyler Cameron? Do you think they would be a cute couple? Let us know what you think in the comments. Come back to TV Shows Ace for news on all of your favorite celebrities.