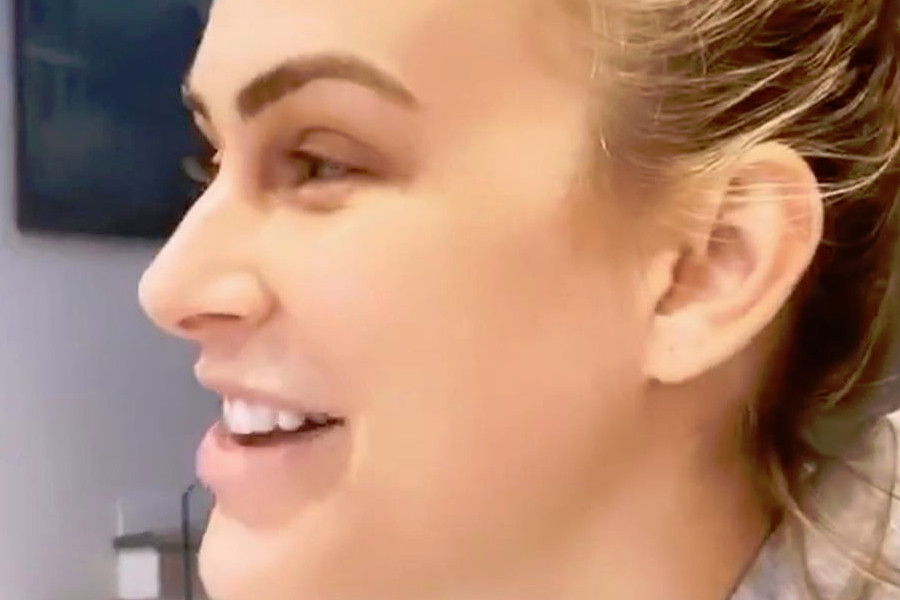 During the latest episode of Vanderpump Rules, stars Lala Kent and Raquel Leviss sat down to hash out their differences. As fans will recall, Lala verbally attacked Raquel several times during Seasons 6 and 7.

One such confrontation gave us the iconic insult, “Bambi-eyed b**ch.” However, Lala is sober now. Part of her sobriety is making amends with those she wronged.

In the past, Lala often made fun of Raquel’s intelligence, both to her face and in confessionals. During their chat, Raquel admitted that it hurt her feelings. She said, “Last summer you like, really put down my intelligence, and it’s one thing to question my character, but it’s a completely different story when you diminish my intelligence and say that I’m stupid.”

Lala assured her that that’s not the case. She told her VPR co-star that she wouldn’t waste time on someone she thought was a “total idiot.”

The non-apology apology was enough for Raquel. She gushed, “That means so much to me.”

The trouble began when Lala relayed to Raquel gossip that James was drunk at a few nights earlier. James was supposed to be attending AA meetings and not drinking. Raquel didn’t believe Lala’s story, citing Logan as an unreliable source after the Season 6 drama.

As VPR fans know, rumors circulated among the cast back in 2017 that Logan and James were hooking up. James strongly denied it during filming and also later during an appearance on Watch What Happens Live.

Logan eventually admitted to making it up because he was in love with James. The rumor died when Jax Taylor’s own cheating scandal overtook Vanderpump Rules.

Knowing all of this, Raquel remarked that she doesn’t know why Lala remains friends with Logan. The Like a Boss singer defended Logan, saying he was such a good friend to James that he lied about lying that they hooked up.

VPR Raquel Claps Back at Lala: “Shut the F**k Up!”

When Raquel noted that Logan made the entire story up, Lala retorted, “You still believe that?”

Raquel does still believe that. But Lala claims to have first-hand knowledge of the hook-ups. She says she was in the room when “deals” were made between James and Logan to hook up.

The SURver didn’t take kindly to hearing that. She quickly shot back, telling Lala to “Shut the f**ck up.”

The conversation quickly ended when Raquel walked off in a huff.

James didn’t make any reference to his sexuality being brought up again. But he did post that a new song featuring Lala, titled PlayboyBunny, will drop on March 27, TV Shows Ace reports.

Tell us in the comments – do you think Logan and James hooked up?