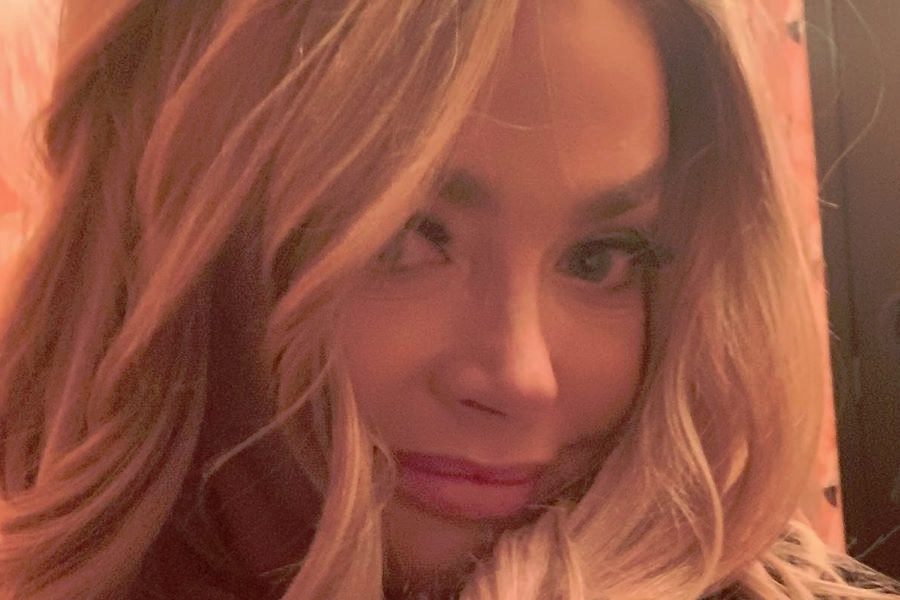 It’s a little under three weeks before The Real Housewives of Beverly Hills Season 10 premieres. Fans are eagerly awaiting the scoop on the drama between Denise Richards and Brandi Glanville. So much so that fans are begging Andy Cohen to release the first episodes early.

Denise recently spoke with Entertainment Tonight about how she’s coping with the coronavirus quarantine. She also briefly addressed the Brandi scandal, but thinks fans should form their own opinions after they see what goes down on the show.

As an actress, Denise understands that trailers are meant to entice people to watch. She has no hard feelings over Bravo for how they pieced together the Season 10 trailer. Denise feels that the trailer definitely “delivered” the drama that will make fans tune in.

However, she does admit that “a lot of stuff” went down during the first season without Lisa Vanderpump. As fans know, Lisa left after Season 9 after being accused by the other ladies that she leaked a story to the tabloids about Puppygate.

The Wild Things actress has her own version of Puppygate this season. Affairgate, if you will. Rumors have persisted for months that she was involved with former RHOBH star Brandi Glanville despite marrying Aaron Phyphers last in 2018.

According to Denise, she was “caught off-guard” by the rumors. Moreover, she was “not expecting” her co-stars to discuss the rumors on camera. She says,

I think it’s kind of disgusting that they even talk about it. But that’s something they choose to, and I’ve had worse things said, so you know, I can rise above it.”

Denise credits her “strong marriage” for helping her through the gossip surrounding the upcoming season of RHOBH.

How Are Denise and Her Family Handling the Quarantine?

Denise reveals to ET that she’s “hunkering down” in Malibu with Aaron and her three daughters. As fans know, she had 2 children with ex-husband, Charlie Sheen. She also later adopted another daughter. Aaron is the girls’ step-dad.

Aaron’s birthday was last week and the girls wanted to make him a cake. But Denise couldn’t find the ingredients in stores due to the coronavirus panic-buying that’s going on across the country. Ironically, Brandi had a similar complaint about hoarders, TV Shows Ace recently reported.

When she’s not “spring cleaning,” Denise is spending time with her many dogs and other rescue animals. She shared some sad news about one of her beloved dogs on social media earlier this week.

The RHOBH star and her family had to say goodbye to Henry. He was a 15-year-old Pug. When paying tribute to the pup, Denise joked that Henry was “never one to miss a meal.” She went on to write that her home wouldn’t be the same without him.

Yesterday we lost our beloved Henry. I’m gutted & devastated. He was 15 yrs old & has been there for our family during the good times & the challenging times…unconditionally. He was the last dog of our family to know his Nana (my mom) & now he is with her & his siblings that have passed before him 🌈. He’s so special. He loved every dog, cat, pig, human, animal, he never had a feisty attitude with anyone. The most easygoing personality & as every pug parent knows, the most sensitive. Never one to hide his feelings. Or.. one to miss a meal 😊 Henry.. heaven is so much better with you there my love. I miss you terribly already …. we love you our boy. Home will never be the same without you. ❤️🌈💕🐶

She also posted a photo of another of her dogs, Jasper, mourning his old Pug friend. Due to the coronavirus quarantine, Denise is spending a lot of time with her dogs.

The Real Housewives of Beverly Hills premieres April 15 on Bravo. Will you be watching? Do you think Denise’s co-stars were wrong to bring up the affair rumors?

You can watch the full video chat interview below.