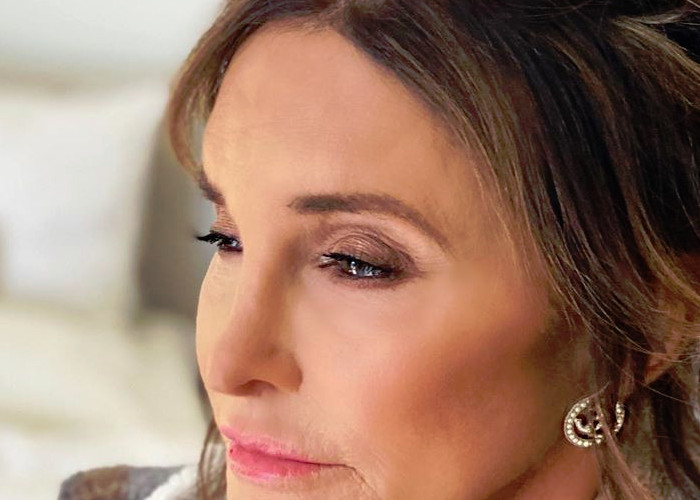 Keeping Up With The Kardashians’ Caitlyn Jenner has a lot of reality TV shows under her belt. She recently returned home from Australia after competing on the show I’m a Celebrity…Get Me Out of Here.

Now Caitlyn has her eye on another reality show: The Real Housewives of Beverly Hills.

Caitlyn and gal pal Sophia Hutchins recently spoke with Entertainment Tonight via Skype. The discussion turned to Bravo’s hit show RHOBH. Caitlyn revealed that she watched an episode recently and liked what she saw.

She said that she “kind of got into it.” Caitlyn is an old pro at reality TV. She said that even her years playing sports counted as a reality show. As for RHOBH, she said,

I was watching that and saying, ‘I could see myself getting in there with some of the drama.'”

The ladies joked for Bravo exec Andy Cohen to call them about joining RHOBH.

At one point in the interview, Sophia revealed her favorite star on the franchise. Calling her a “riot,” Sophie named Lisa Rinna as her favorite.

Caitlyn chimed in by saying she’s known Lisa for a long time. She considers the Days of Our Lives actress to be “fun and funny.” Caitlyn also respects Rinna’s ability to “reinvent herself.”

In 2017, Caitlyn released her memoir, The Secrets of My Life. The book caused a lot of problems with the Kardashian/Jenner clan. TV Shows Ace reported that Khloe Kardashian didn’t speak to Caitlyn for years because of the book.

However, Caitlyn feels like she has more to say. She did express regret over saying “some things that I didn’t think were bad.” It’s unclear if she’s talking about the family or the trans community, which also took issue with Caitlyn’s book.

Season 10 of RHOBH to Premiere Next Month

If Bravo takes Caitlyn up on her offer, it won’t be this year. The Real Housewives of Beverly Hills has already filmed the upcoming season. As fans know, Lisa Vanderpump left after Season 9. Actress Garcelle Beauvais will be holding a diamond for Season 10. Fellow newbie Sutton Stracke will be in a ‘friend’ role.

Tell us in the comments if you’d like to see Caitlyn on RHOBH.

The Real Housewives of Beverly Hills returns to Bravo on April 15.